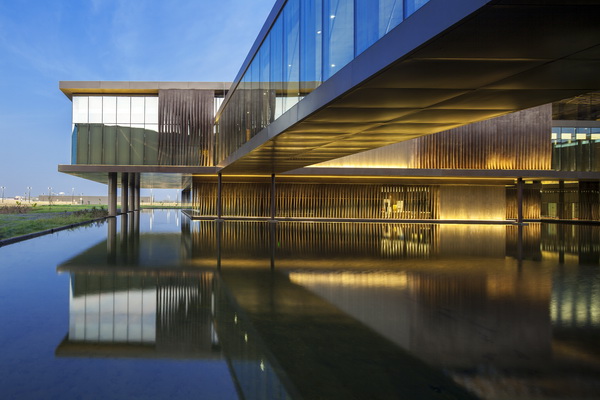 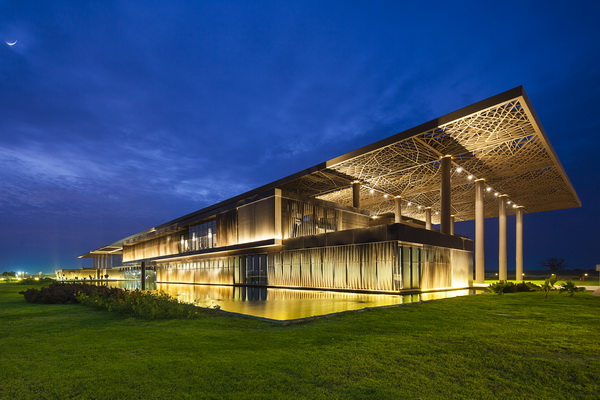 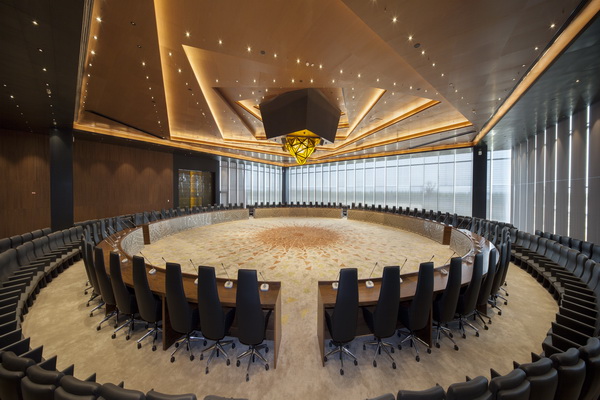 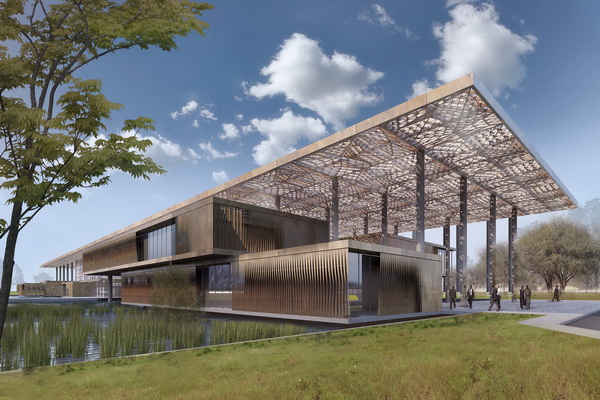 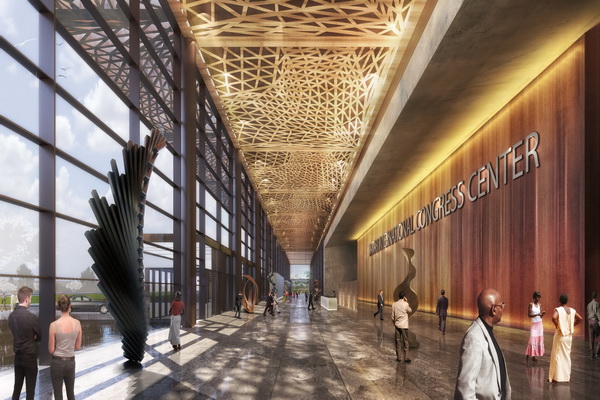 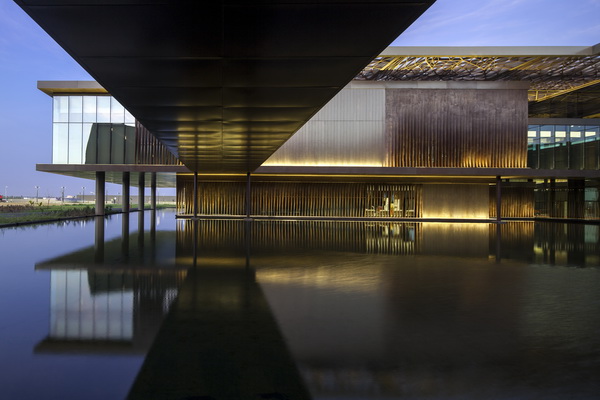 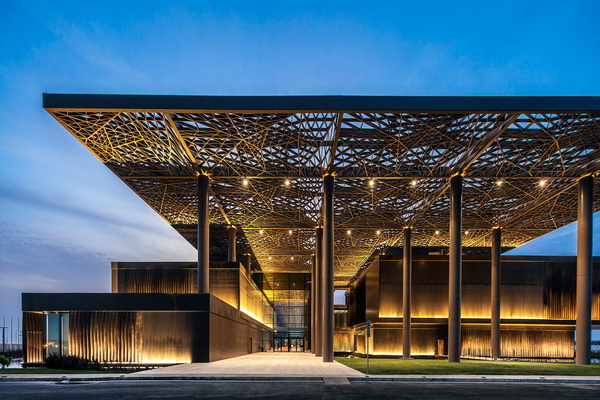 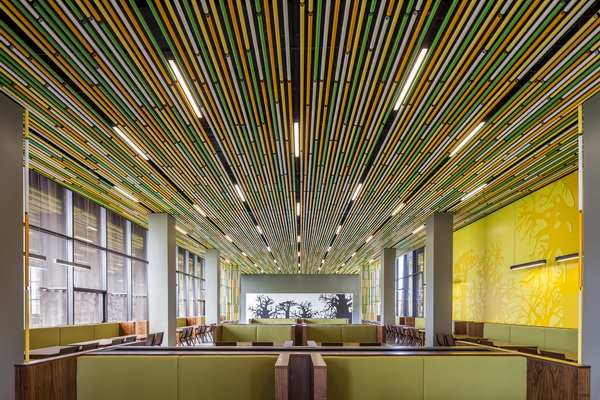 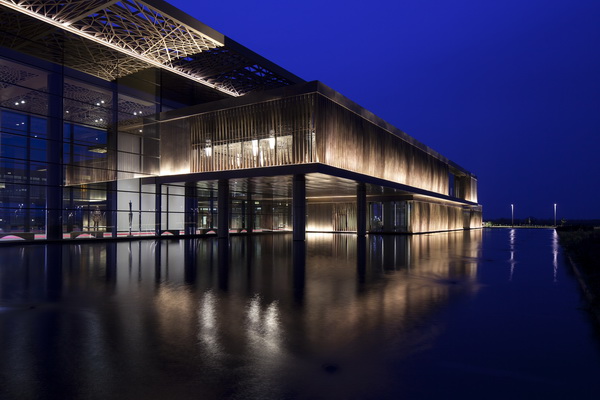 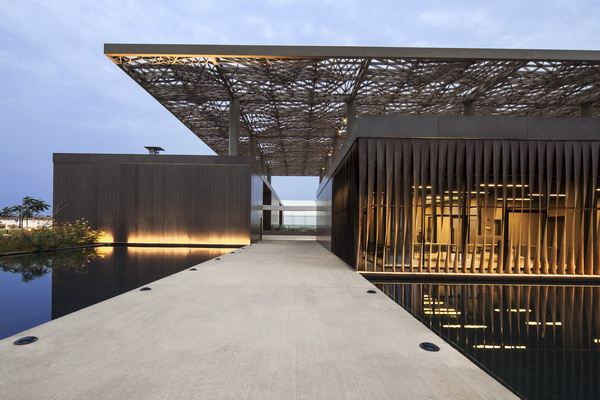 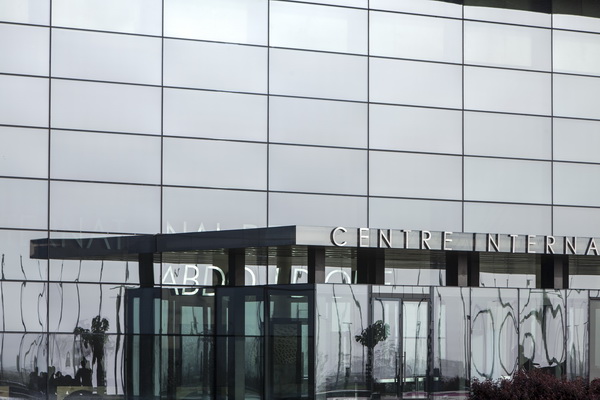 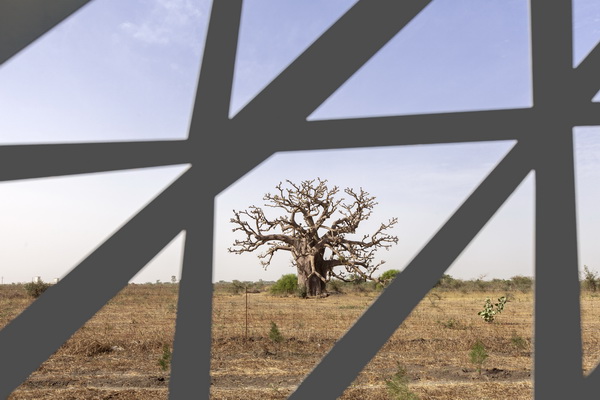 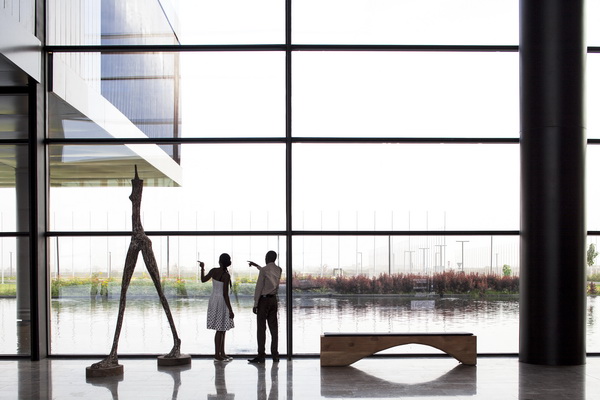 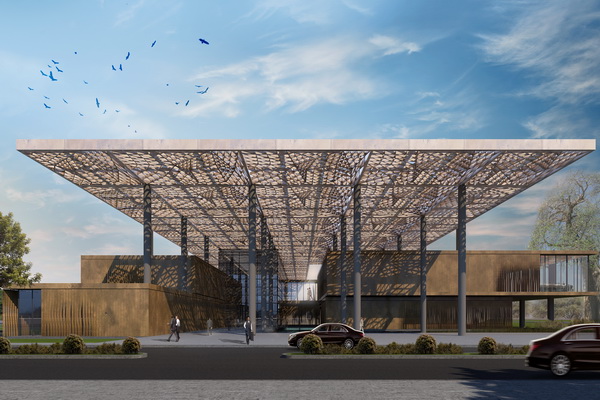 Dakar is the host for the 15th Francophone Congress and after a mere, record breaking, 11 months of construction, the International Congress Centre was inaugurated by the French President.

Tabanlioglu Architect’s amazing International Congress Centre is in the Capital City of Senegal, Dakar, which is located on the West coast of Africa, by the Atlantic Ocean. The impressive structure will be opened for the 15th Francophone Assembly where 75 world presidents will meet.

The inspiration behind this project was that of ‘typical geography and natural values’. Tabanlioglu Architects were heavily inspired by Baobab trees when designing the Congress Centre. These beautiful trees can be found across Senegal and have become very important landmarks of the country’s dry Savanna Plain. They are often recognised as the main focus of battles, or as marking the borders between states. Kings were often crowned beneath them and they also frequently marked the central public spheres of politics, thus resulting in the Ministry of Culture classifying them as historic monuments.

These trees are extraordinary in many regards and have astonishing characteristics, one of which is the size of their impressive trunks that can grow to the circumference of 25 meters or more. Another one of their remarkable features is that they live well over a thousand years.

The International Congress Centre’s roof gives shelter in the same way that an ancient Baobab would. The one-piece roof of the project encases the separate units that make up the building. These are all linked together via water and bridges. This accentuates the notion of community and foundation-creation, duration-continuity and harmony-order, in both social and environmental realms.

The rectangular blocks dedicated to different functions are nested in semi-transparent metal envelops that act as shields protecting them from strong lights and creating an implication of security and protection. Mesh applications flow around the building, protecting the inner glass walls and reducing the heat in order to improve the building’s energy efficiency.

The twisted blades forming the texture of the mesh screens behave like sun-break and grant a shady interior to the building without hindering its transparency. The building with its elegant veil visually merges with the surrounding water and creates eternal reflections over the water. Through the placement of panels at different levels and angles, the façade is perceived as an assortment of playful shapes glittering in the daylight and echoing the colors and tones of the sky.

The three-dimensional effect of the mesh curtain makes the building appear to be floating over the surrounding reflection pool. At night, when the Congress Centre’s interiors are illuminated, the oozing beams of light become even more playful on the water as they break through the incise patterns of the mesh.

Entering the complex is made possible from all sides, one being the northern service entrance. The presidential entrance leads to the main conference hall, on the first floor. The auditorium where 1500 delegates can gather sees the president’s seats face the audience as a long head table. The hall is situated amid the structure and accessed through the main lobby. Public entrances are given through the public restaurant and before the open-air fair zone, which is adjacent to the press & administration building that are on the west-side of the complex. The VIP entrance can be found at the east end of the complex, between the museum unit and the VIP unit, which is a separate block linked to the main hall via a transparent connection bridge. The upper level is reserved only for the President of Senegal, from that level the VIP unit directly connects to the VIP restaurant situated above the museum, on the second floor. On both sides of the hemicycle conference hall backstage, there are Experts' hall and VIP rooms. All interiors grant a feeling of spaciousness, and create a wide circulation zone.

Designed by Tabanlioglu Architects and constructed by SUMMA Company from Turkey within less than a year, the Congress Centre was built with longevity in mind, both for the physical existence of the building and the power of the country, as well as being a source of pride for Africa. High technology and high security systems were also importantly applied to the building.

The Congress Centre is the perfect natural harbour for presidential meetings, providing a serene and secure atmosphere. It gathers many nations together, strongly uniting their separate identities and solving the needs of statesmen's assemblies and associated events. The building is strong and symbolizes modernity; it is simple, functional and incredibly elegant.

The purpose of the Dakar International Conference Centre is simple. Like the powerful ancient baobab tree – the center will become a landmark of the utmost importance to many nations that will be able to meet under one roof for peace. This is a step forward for an African union and resonates the motto of Senegal "One People, One Goal, One Faith".