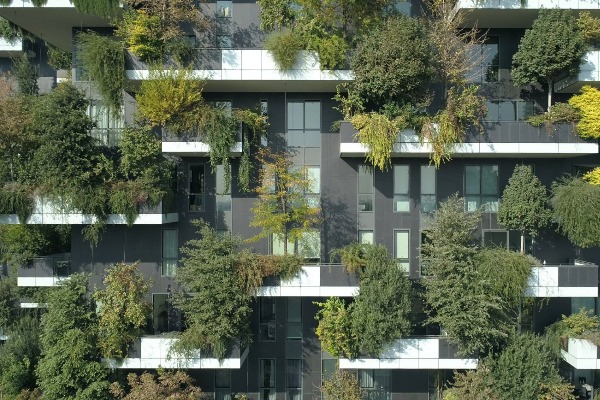 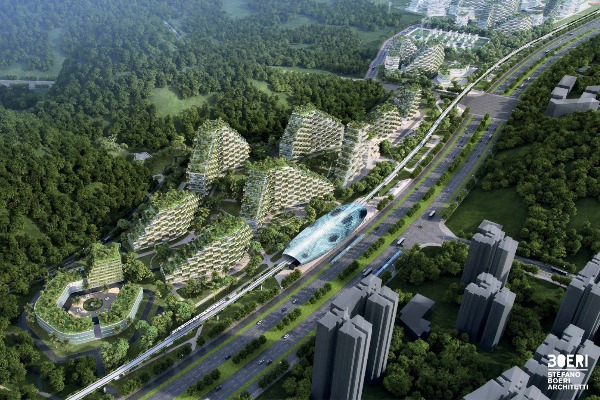 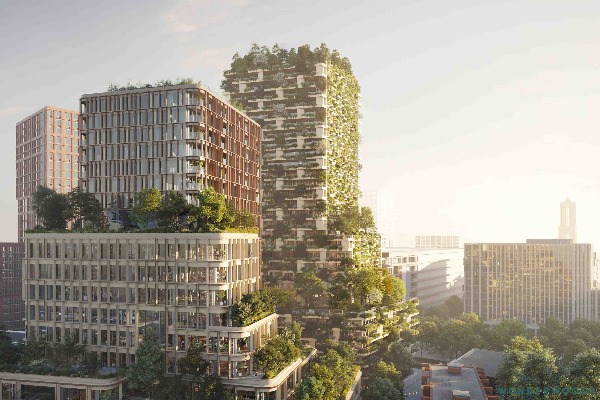 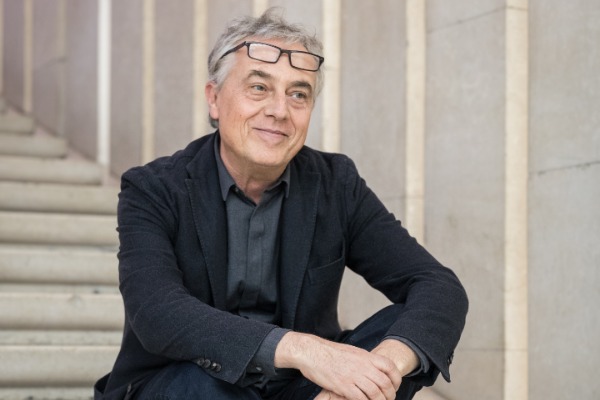 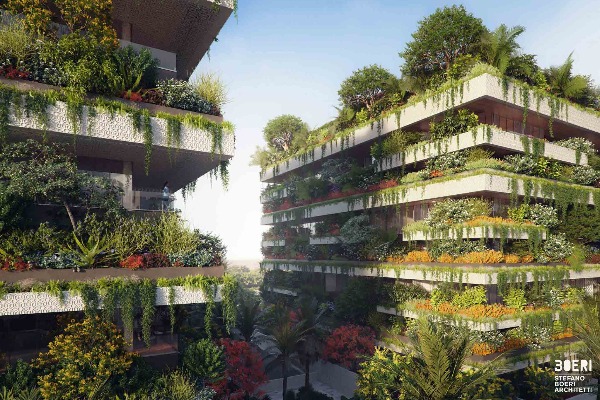 "FORESTRY IN THE CITY IS THE MOST ECONOMIC AND THEN THE MOST EFFECTIVE METHOD THAT CAN MAKE CLIMATE CHANGE.  WHAT IS MOST IMPORTANT, IT IS AN INCLUSIVE ACTIVITY THANKS WHICH MAKES SOCIETY CONSCIOUSNESS"

In recent days, a red alarm has alerted Serbia to breathing polluted air. Minister Zlatibor Loncar says it will be better when old vehicles cease to be imported and remind that this is a problem for many countries in the world. At the United Nations Climate Summit, held in late September in New York, they had a different proposal.

Italian architect, urban planner and visionary Stefano Boeri presented the "Great Green Wall of Cities", a project for afforestation of urban areas in and around major cities starting in Africa, through Central Asia, moving to the European continent (90 in total), with the idea that a total of 500 thousand hectares of urban forests are planted and new trees of 300 thousand hectares of natural forests restored. This ambitious project, also known as the Green Wall around the Planet, is expected to be completed by 2030.

Stefano Boeri, known for his vertical forest - a building he built in Milan in 2014, two skyscrapers on whose terraces and balconies are planted more than 700 species of different trees and 20,000 species of hanging plants, is the leader of architecture in which trees and plants used as building materials. After Milan, the vertical forest found its place in Lausanne, Paris, Eindhoven, Cairo, Chinese Nanking, Taiwan Taipei, as well as in Tirana.

On the occasion of his latest and current ForestaMi project, the idea of ​​planting three million trees in Milan in the next decade to sell this most polluted Italian city, we met architect Stefan Boeri at a press conference held in late November at the Association of Foreign Journalists in Milan (Stampa) Estera di Milano).

"TIME": How did the Great Green Wall of Cities project you presented at the United Nations Summit come about?

STEFANO BOERI: The simplest example and the one we came from is what is happening on the border between the Sahara and the more fertile Sudan region. In 2007, Africa launched a reforestation project of eight thousand kilometers long and fifteen kilometers wide territory to stop deforestation. Ethiopia, for example, planted a total of 200,000 new trees a few months ago. This green corridor, which we might call it, which stretches across the African desert, is now visible from the satellite. China is also doing something similar, planting hundreds of thousands of trees to stop the expansion of the Gobi Desert. Also, India has similar projects. The project I presented in New York involves a green wall around cities, and in that sense we thought to include African and Asian cities as well, moving towards Europe.

The world's largest metropolises are the most polluted places to live because they are the largest producers of carbon dioxide, but they are also the first victims of climate change, to begin with, starting with floods, earthquakes and other weather - just take the example of Venice, which has recently been flooded. Today, there is not yet enough technology to absorb carbon dioxide in urban centers, and the only current solution is green. So the afforestation of cities is the most economical and then the most efficient method at the moment, which can mitigate climate change. And most importantly, it is an inclusive activity that changes the consciousness of society.

Where do you start when building a green building, a smart city?

For example, when designing buildings - vertical forests, we first analyze what types of trees we want to plant, since each species behaves differently and adapts to different climates and geographical areas. Then we study their growth and development, and only at the end do we start designing the building. It could be said that I and my studio are designing houses, buildings, and cities that adapt to greenery, not the opposite.

What are the specific benefits and effects of the forests you are talking about?

The Urban Forests project aims primarily at mitigating climate change and recovering the planet. When it comes to cities, greenery in them will not only contribute to improving air quality but will also reduce the effect of "thermal urban islands", increase biodiversity and improve the quality of living space. In Milan, we have more than 10,000 square meters of greenery in two buildings. And thanks to these plants and trees, it creates a specific microclimate that filters out dust, generates oxygen, saves energy, and reduces city noise. In fact, both of these projects, from vertical to the urban forest, aim at demineralizing urban areas, ie. turning concrete surfaces into green oases.

Where would the green wall go to Europe?

The Green Belt departs from Spain and then through France to the Italian peninsula and the countries of Eastern Europe. In Italy, we called this project "The Park of Italy", which connects 14 Italian cities and where a total of 22 million new trees would be planted. Of these, three million trees will be planted in Milan, which means one tree per capita in this city.

Cities like Belgrade or Sarajevo have recently been listed as the most polluted cities in the world. Do you think such a project can be replicated in this part of Eastern Europe?

If we take the example of Tirana, then it is possible. As you know, this city, like many similar cities in that part of Europe, is characterized as mineral cities dominated by unplanned construction, and primary materials such as concrete, steel, and glass. With Albanian Prime Minister Edija Ram, we have started a project to afforestation the Albanian capital and its surrounding area. With the participation of institutions, schools, as well as the private sector, 300,000 trees were planted in two years, with a goal of 1 million. Thus, this once gray city could today become a connecting point for green corridors along the Balkans.

You also recently introduced the Smart City Forest Project, a new suburb of the Mexican city of Cancun that will create a fully eco-sustainable living environment. Another challenge for you or really the future of cities?

New cities will certainly emerge. The idea is to make them smart and healthy living spaces. This new suburb of Cancun will have a population of 130,000, spanning 557 hectares of land with 7.5 million trees and other plants capable of absorbing 116,000 tonnes of carbon dioxide. Also, this smart city will house institutions, colleges, and organizations that will address the ambiance and future of our planet. A similar city will also emerge in Liuzhou, China in 2020.

Is such a city, the privilege of the rich only, since the cost of building a smart city is still extremely expensive?

When we made the first vertical forest in Milan, the costs were really high, since we had no experience with similar projects before. At the United Nations Summit, we also introduced the Vertical Forests project, which will take the form of social housing, where construction costs are less than 1,200 euros per square meter. This kind of housing will be accessible to everyone, and especially to young people for rent. We have already started such a project in Eindhoven. When it comes to smart cities, they are in the experimental phase for now, but I hope they will be available to everyone for a living in the future.

Do you really think it is enough for each resident to plant a single tree to save the planet?

A tree that is planted and only grows is also an element of risk for the territory in which it is located. For example, Italy has more than 40 percent of the area under forests, and there is still no designated ministry that clearly defines the maintenance of such areas. Many forests are neglected and grow alone. When it comes to planting trees in urban centers and the project we want to implement, in addition to knowing what trees we plant and how certain species will affect biodiversity, the key aspect is maintaining it and developing an awareness of each individual in relation to the greenery and what actually means to our planet.

Dakar is the host for the 15th Francophone Congress and after a mere, record breaking, 11 months of construction, the International Congress Centre was inaugurated...