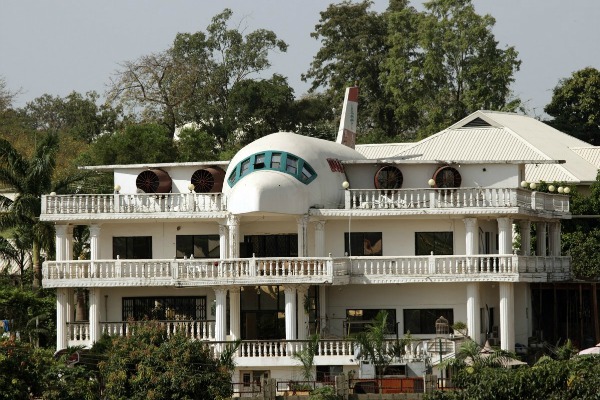 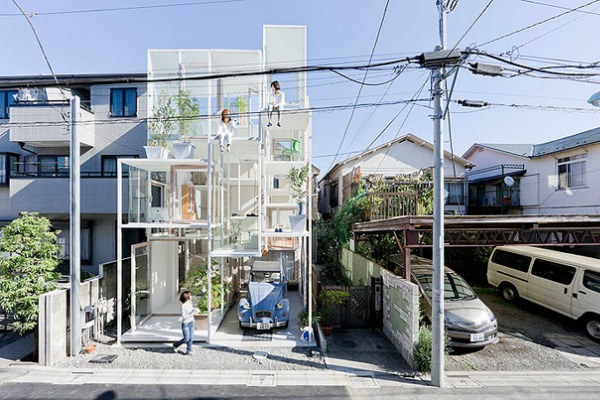 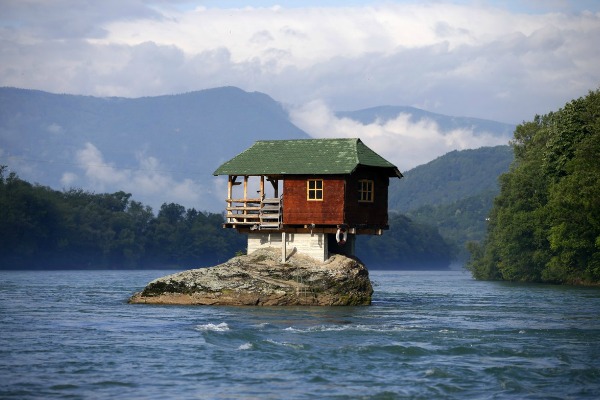 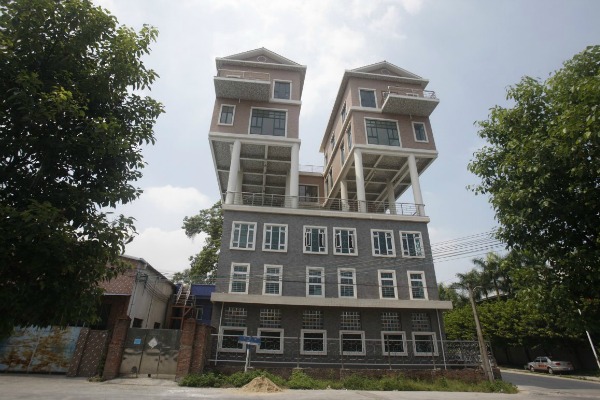 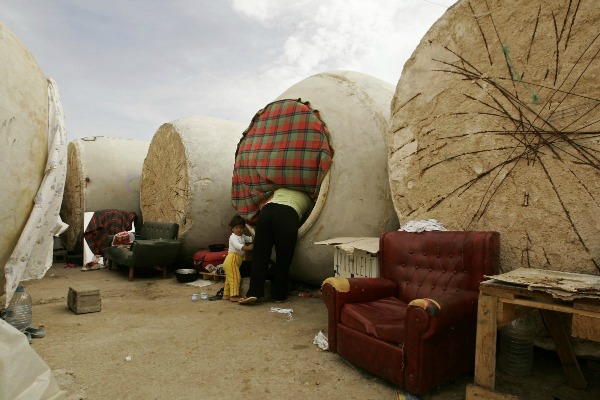 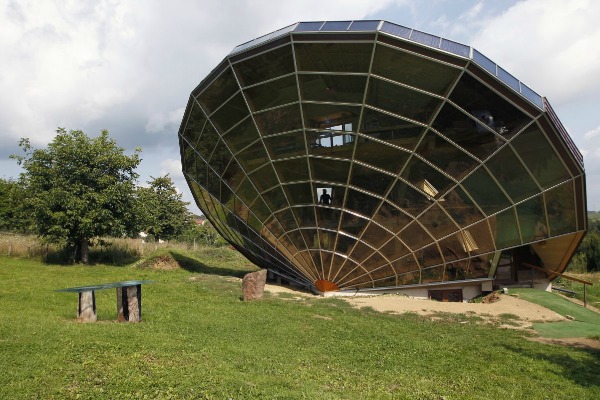 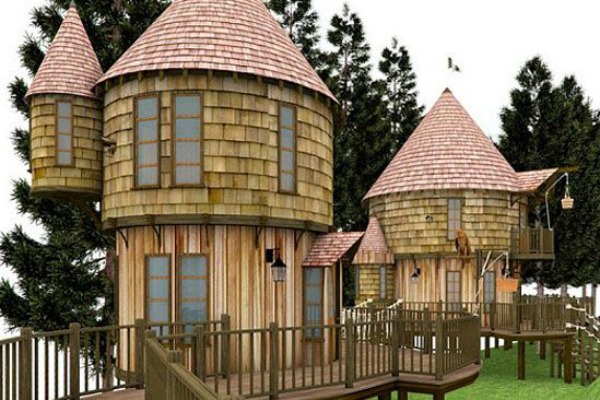 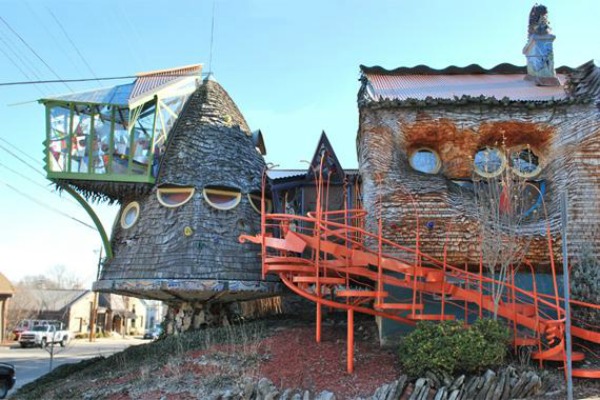 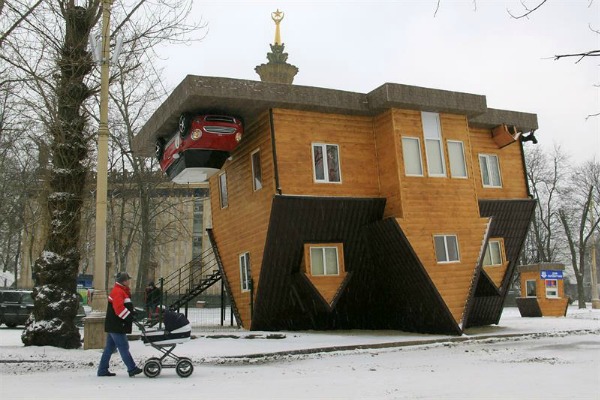 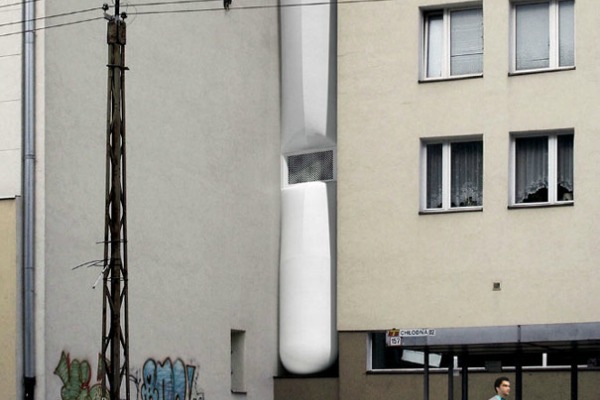 The house can be a wide range of things. Much more than just four walls and a roof, the house is a shelter...

There are no two the same, and some are more unique than others. From the dome to the cave and tree house. People all over the world live in wacky homes.

Do you dream of a house without equal? Perhaps one of the walls is of the foam? Every customer wants to find a home that meets all his whims and dreams, not everyone wants to have only four walls, fences and foundations.

Today we present you some of the strangest houses around the world.

1.This house in Abuja - Nigeria, is partly built in the shape of an airplane. The house was built by Said Jamal for his wife, Lisa, in memory of her love of travel.

2. This house is built on a rock on the river Drina, near Bajina Basta - Serbia. It was built in 1968.  by a young mans who, according to co-owner of the house, realized that the stone that rises from the river is an ideal place for a little shelter.

3. Not wanting to fall behind with other Chinese flats in high-rise buildings, this house, that looks unsafe, was built on the roof of a factory. The house was completed a few years ago, according to local media, the government announced that the size of the house is not in accordance with the submitted plan, which construction should be deemed illegal. But we have to admiti that looks completely wacky.

4. Houses in central Spain are made from old wine vats. Around forty people, mostly ethnic Turks, who came to the vineyards to pick grapes live in these improvised shelters and they live here for six weeks, during each year of the harvest.

5. Solar house near Strasbourg, was designed as a giant three-dimensional hour, fixed at an angle so during the summer it would maintain internal temperatures under control. During the fall, winter and spring, sunlight enters through the large windows, because the sun is in lower position in the sky, and thereby heats up the house.

6. Houses on the tree - known author of novels and movies Harry Potter is building two houses on the tree for her children and they are complimented with the style of the above mentioned films. Construction costs more than $ 220,000, and its plans include a two-story houses that are 12 meters high, built on piers. Each house has a huge tower, a rope bridge, and even a secret underground tunnel. A trap, run pole and swings that will protect children from the public.

7. Perfect for environmentalists, smurfs fans and lovers of mushrooms, this one-bedroom house in Ohio is inviting views and have additions made of wood, stained glass, shells and other organic matter.

9.This house was built between two buildings in Warsaw. This is an art installation "home away from home" Israeli writer Edgar Keret. Keret said he built the house width of only 91cm, as a memorial to the family of his parents who perished in the Holocaust.

10. If you say you have nothing to hide, try to spend a few nights in a transparent home in Japan. These 84 square meters of transparent house is inspired by our ancestors who inhabited the trees. While the house offers plenty of light, do not expect any privacy here.