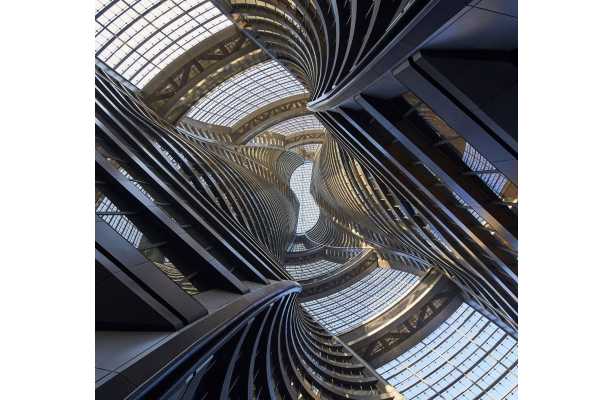 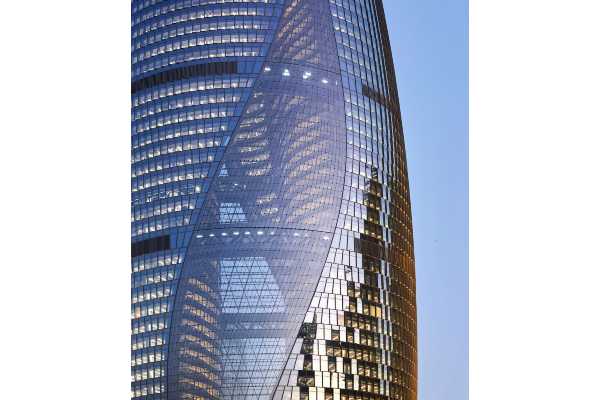 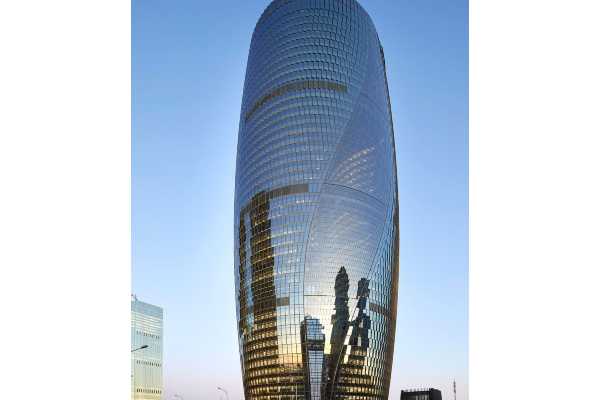 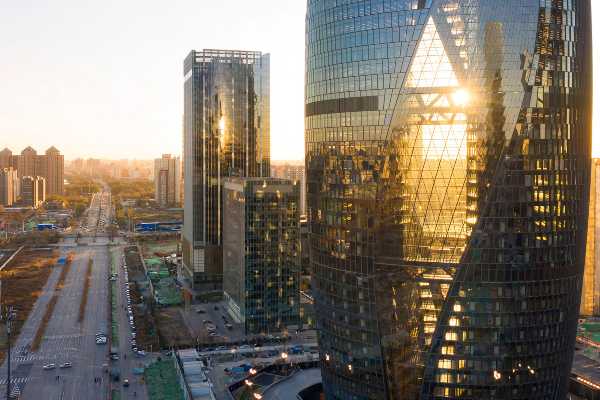 This tower contains the highest atrium in the world (194m), which rises in the middle of the building. The new skyscraper was built in the Fengtai district, upon orders from companies Soho China, Galaxy Soho and Wanjing Soho. The new business district is an integral part of Beijing’s city scape. The tower contains 45 stories, square surface of 172.800 sqm, with four underground floors, because of which in complies with all the needs of a flexible and efficient office space.

The atrium rises along the whole height of the building. While it rises, it turns in 45 degree angle, which makes us think that the two sides of tower are moving together and dancing. Atrium’s dynamic shape creates convex holes on both sides of the skyscraper, which bring in natural light and offer views over the city from each floor.

Two halves of Leeza Soho are connected on the inside with couloirs on four different levels, but on the outside, they are tied together with a see-through curtain. This glass façade has a double isolation and it consist of a few angularly placed slates.

In order to improve the ecological performances of the building, the skyscraper has been fitted with a system which collects heat, high efficiency pumps, water gathering systems, as well as a green roof with photovoltaic panels.

Dakar is the host for the 15th Francophone Congress and after a mere, record breaking, 11 months of construction, the International Congress Centre was inaugurated...