We visited Cersaie - the international exhibition of ceramics and bathroom equipment 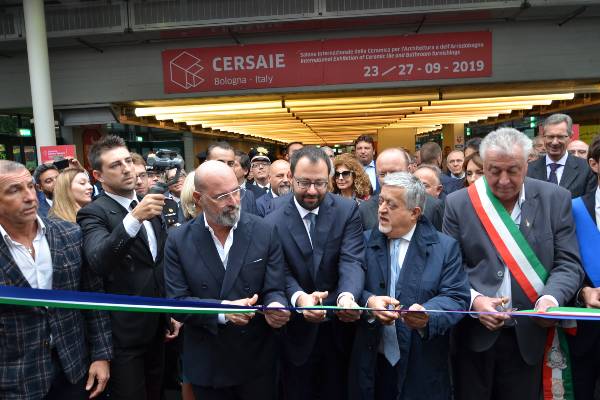 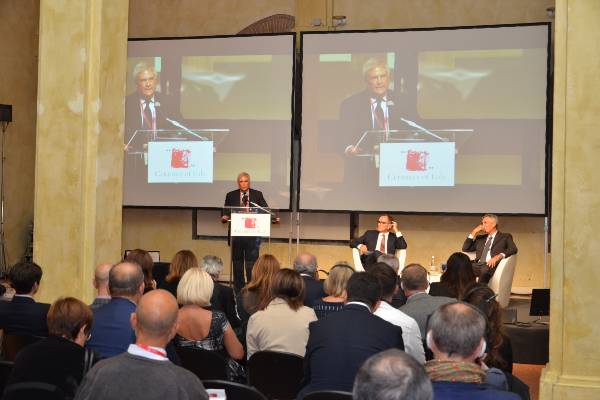 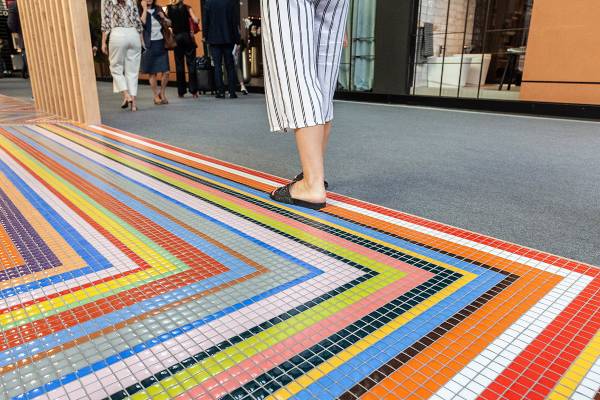 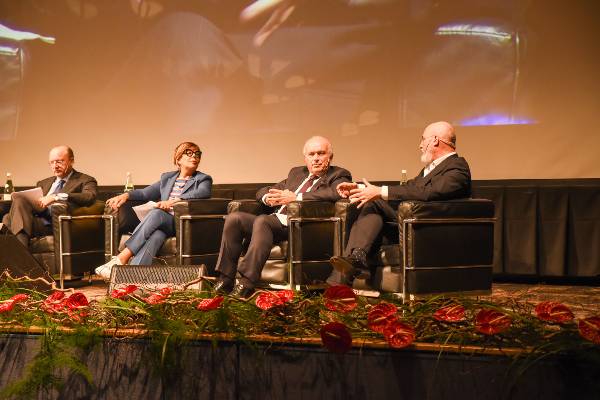 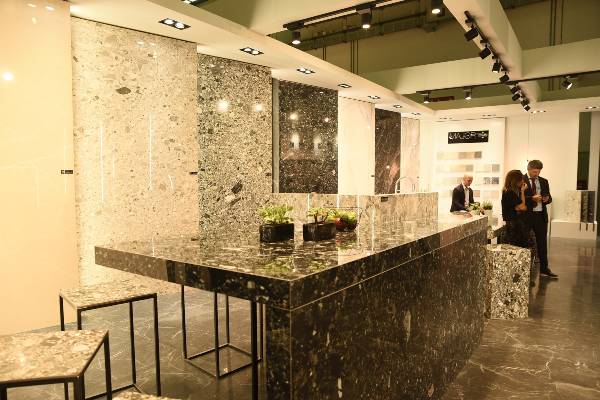 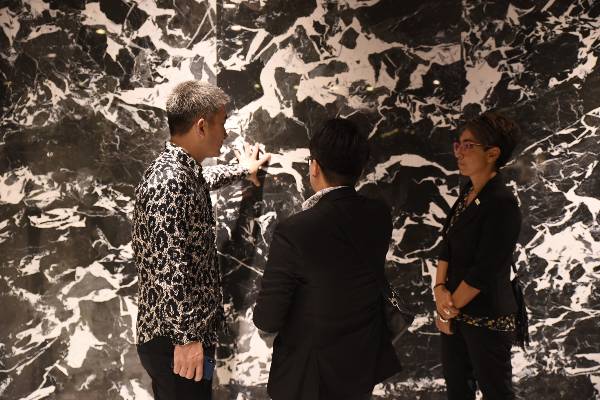 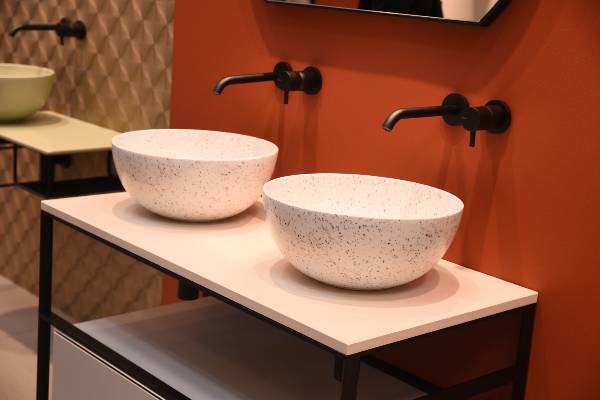 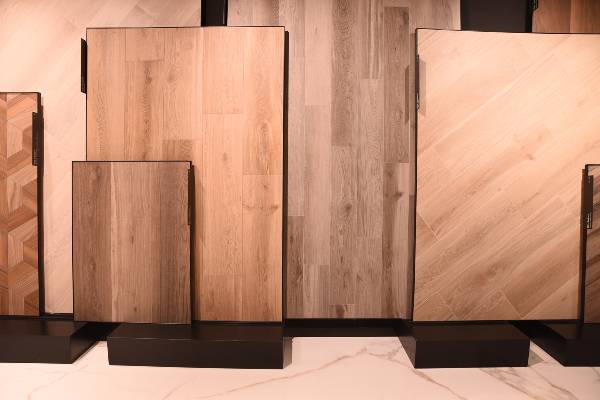 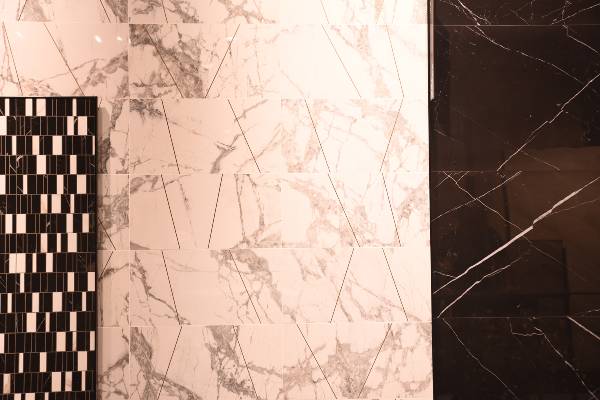 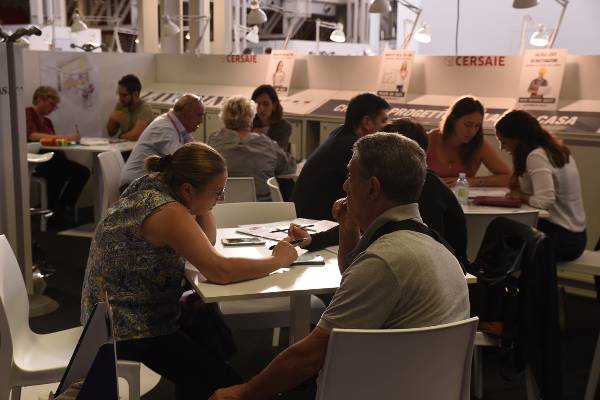 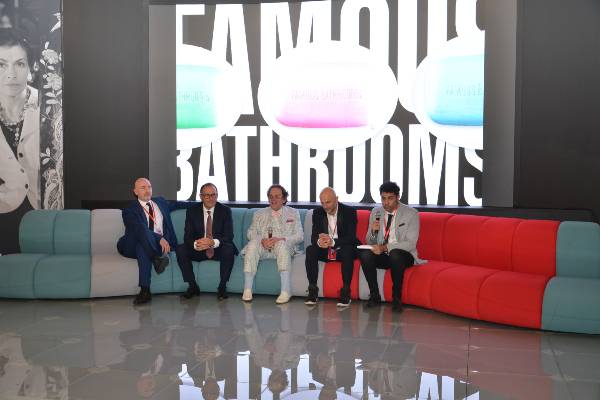 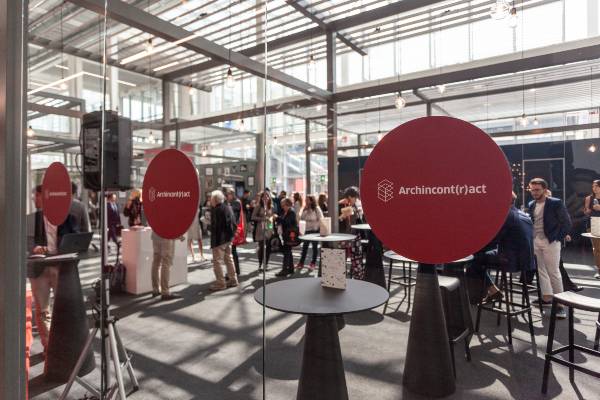 As every year, September was marked by Cersaie fair, which is held in Bologna, while introducing us with the latest trends from the world of ceramics…

Cersaie 2019 fair, for the thirty seventh time in a row, presented itself with a new face, new philosophy and the latest trends which will rule the world of home decorations. It was marked by a record 112,340 visitors, up 0.2% from last year's figure, while visitation was evenly distributed over all five days. Despite the difficult situation in international markets, the event attracted 52,997 international visitors, who made up 47.2% of the total audience. This year's fair stood out thanks to its constant improvement in the quality of its exhibitions and the presence of 889 exhibitors from forty countries around the world.

All of the events at the fair had a high attendance, starting with the inaugural conference called "Ceramics: From Healthy Environments to Sustainable Growth and Trade Wars", which was attended by more than 500 people. After the keynote speech given by the chairman of Bologna Fiere Gianpiero Calzolari, talks were given by the Chairman of Confindustria Ceramica Giovanni Savorani, the Minister for Economic Development Stefano Patuanelli, the Minister for Infrastructure and Transport Paola De Micheli, the Chairman of Confindustria Vincenzo Boccia, the President of the Emilia Romagna regional government Stefano Bonaccini and the political commentator Federico Rampini.

Five conferences in the “building dwelling thinking” cultural program were held at the Architecture Gallery, including speeches by prominent international guests, with over 2,500 visitors. More than 10,000 people visited the Famous Bathrooms exhibit, inspired by the bathrooms of thirty-two celebrated historic figures, co-funded by Italian Trade Agency ITA, which began with an inaugural lecture delivered by Philippe Daverio. Another event that aroused great interest was the Archincont(r)act, a new part of Hall 29, where international architecture firms had the opportunity to meet entrepreneurs, and it began with a conference called "The Cities of the Future", in starring Philippe Daverio, Federico Rampini and Emilio Mussini. Tiling Town was another very popular event with attended technical seminars on the subject of large slabs and panels, as well as demonstration spaces focused on training. More than 400 consultations were provided to guests by designers from 17 interior design magazines in the Media Village section during the Cersaie designs your home event.

In addition to all the interesting events at the fair, visitors could enjoy the beautiful city of Bologna and numerous events organized in collaboration with Bologna Design Week, which was established for the fifth year in a row.

When we look back at everything we've had a chance to see, finally summarize our impressions and all that intrigued us, it's hard to single out favorites. Many brands that have been part of this fair have done their best to attract us at first glance with their appearance and to make us step into their universe and discover the offer they have prepared. A number of companies have created grand booths, organized fun activities for visitors, and had helpful professionals who were always available to tell their story and discover more details about all the products presented.

One of the stands that definitely captivated us with its creativity was the Flaminia brand booth, created as a jungle in the middle of the urban environment it was located in. An intriguing space filled with plants, water elements, waterfalls and ambient lighting, lured us to unwrap the curtains and step inside, giving ourselves at least a few minutes' rest from everything else around us.

Famous brands such as Versace, Roberto Cavalli, Villeroy & Boch, Mosaico +, LondonArt, Globo and many others have designed unique environments in their innate style, showcasing all their novelties as well as some classic pieces that are timeless and ever-popular.

When talking about novelties and classics, we can notice that the main trends in the world of ceramics are primarily focused on natural appearance, and therefore we have a large number of neutral tones, with only a few reflective accents or color details. Natural materials, recycled raw materials and new combinations of old products are served to us as an Italian specialty with just a dash of international cuisine. Ceramics, as a material, is significantly more advanced than others, providing greater opportunities for personalization, application and ease of maintenance. As a specific material that fills our homes, ceramics can be recycled again, getting a whole new look every time.

To reflect the changes that have transformed the world of architecture and design, and therefore ceramic tile and bathroom environments, Cersaie has adopted a new face this time. Each year, architects, designers, contractors, sellers, journalists and visitors come to this fair to outline all the latest industry details, build new business and professional connections, while exploring new products and projects performed by major Italian and international companies. Called OPEN Cersaie, the new concept of the fair is focused on diversity, with the desire to reach out to new target groups.

In line with this idea, the event received a new pictogram and logo, which can face new challenges and competition. As a result, Cersaie has been transformed from an ordinary showroom into an environment that you can relate to, that is, one that you can experience in the true sense of the word, and feel it as well.

This shower cabin is known for its extremely clean and transparent aesthetics, which can easily be adjusted with any decor and size of the bathroom, making it especially ideal for...

Especially before the onset of spring, when there is a clear occurrence of viruses, allergies, and bacteria, you must take extra care in basic hygiene. This care will be greatly f...

If you love the minimalism, simplicity, and beauty of elegance, then this is a great way for you to style your Lunaria bathroom with a collection. It allows you to combine and crea...

In the shape of the sun and light that is easily attracted to the view, Lumen is an innovative shower appearance, characterized by a colored centerpiece surrounded by various jets...

Although designed for compact bathrooms, FOLD is extremely functional. Each metal sheet bent into different shapes can contain everything you need for daily face and body care.

If Roial Absolute is the epitome of pure classic luxury, its unique character lends itself equally to minimalist contemporary environments where ethereal quality guarantees it beco...

The renowned Acqua 5000 and Acqua R 5000 with their rigorous lines, created with the perfect fusion of design and high technology, are now available with a chrome glass mirror, whi...

Overview of the new Zazzeri Collection

In addition to the washbasin mixer, launched a few months ago for the company's anniversary, this iconic new collection has been significantly enhanced with new showers that c...

The original structure has been completely transformed to make room, ie the kitchen has been moved to give a larger living room and an extra bedroom. Transforming the kitchen into...

The 37th edition of the Cersaie Fair has recently been completed, so it's a good time to summarize our impressions...

Cersaie 2017: Green and blue conquer the world of ceramics

At the biggest fair of ceramic tile and bathroom equipment Cersaie, held each year in the Italian city of Bologna, two colors dominated this year’s exhibition...

International Press Conference and Cersaie Evening 2015 to be held on Monday 28 September in the Ducal Palace in Sassuolo...

TAGINA TAILOR MADE AT CERSAIE 2015

Two collections speaking of the ability of tailoring of Tagina Ceramiche d’Arte and its continuous search for surfaces able to tell the value of the material.

Duka is a manufacturer of shower enclosures with a success story that started at the end of the 70s, when Johann Krapf and Arnold Gasser founded the company in Bressanone.

If you are tired of your outdated bathroom, it's time to update it...