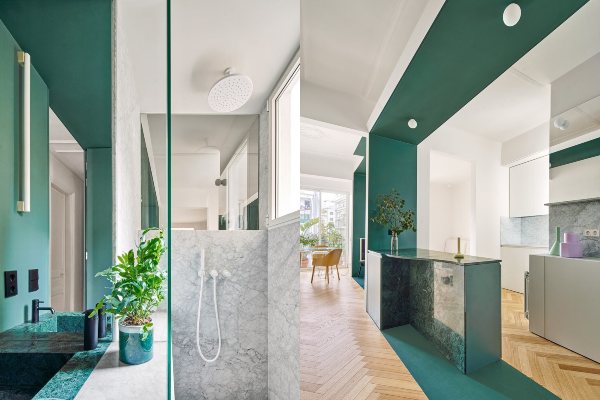 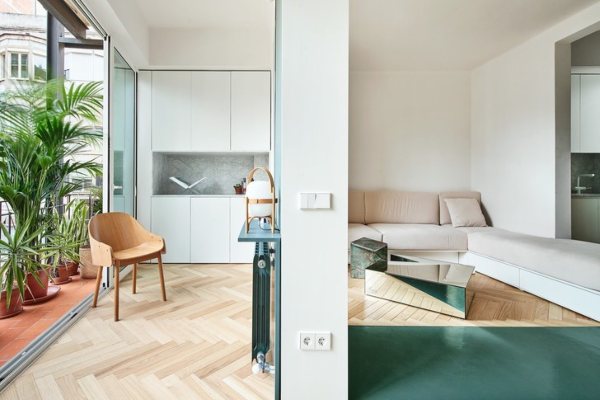 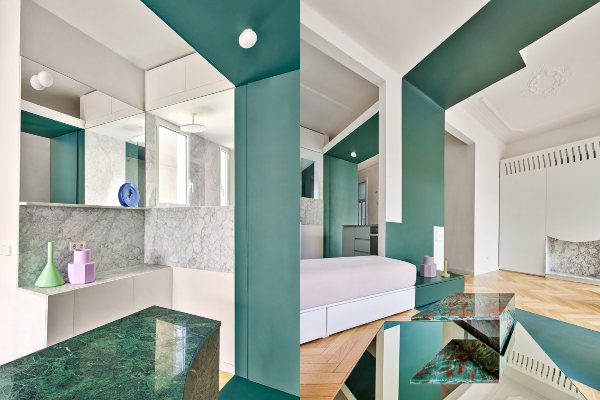 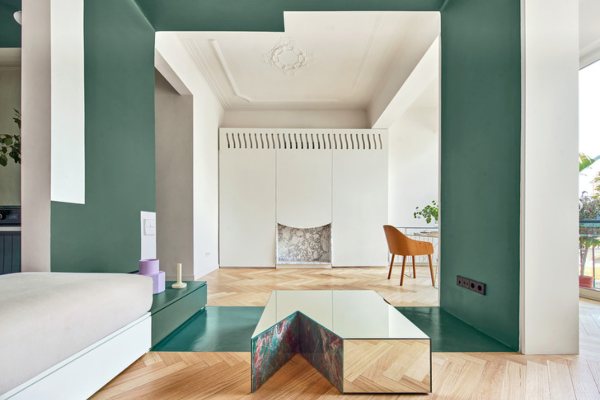 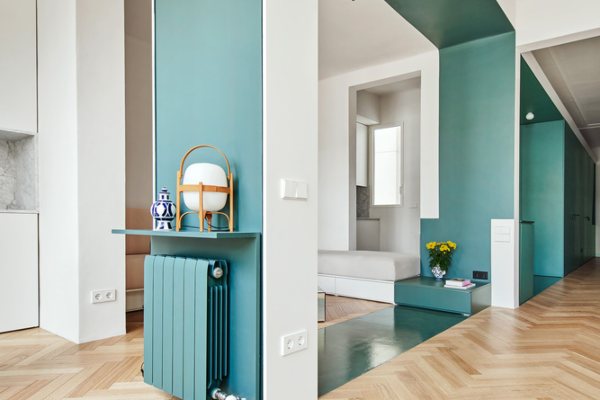 How often did you like an apartment that you wanted to buy or rent, and regardless of the size and layout of the room, you had to turn it down because it was too dark and without sunlight?

This situation is quite common. An artist from Barcelona, ​​Jose Antonio, has been closely watching the real estate market for a long time. After consulting with the architect Omar Ornaque from the AMOO bureau, he moved to an apartment located in a building from 1925 in the prestigious Barcelona.

The apartment, measuring just over 60 square meters, with high ceilings and access to a private yard, looked like an ideal option, but there was one "but" - there was practically not enough natural light. But the architects of the AMOO bureau are not afraid of difficulties and have decided to completely change the look of the dark apartment.

In the original plan, the apartment had a long and narrow hallway that stretched from the front door to the entrance to the terrace. It was separated from the living quarters by a wall that prevented the sun's rays from entering the interior. The architects proposed that most of the existing partitions be demolished and replaced with a structure that stretched throughout the apartment, and which was painted in a contrasting green colour.

In some places, the construction has been cut and additional interior windows have been added - for example, from the kitchen to the bathroom, thanks to which daylight penetrates into the shower area. Somewhere, the partition serves as a storage system, and in the kitchen it flows smoothly into the bar.

The architects initially wanted to make the new structure neutral, not very prominent in relation to the general background, but the owner rejected all the proposed options (including a combination of white with gray accents and red marble) and chose a rich green colour. The same shade is used to make the marble bar in bathroom design.

In contrast, AMOO architects added some light pink accents to the bedroom and living room. The result is a bright, unforgettable interior, which perfectly matched the creative nature of the apartment owner.