Apartment With a Wall Divider Made of Plastic Crates 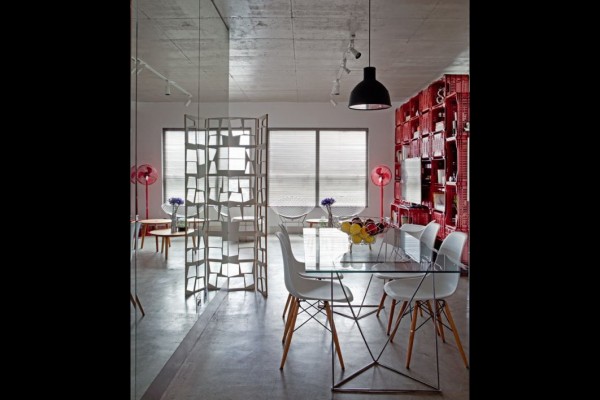 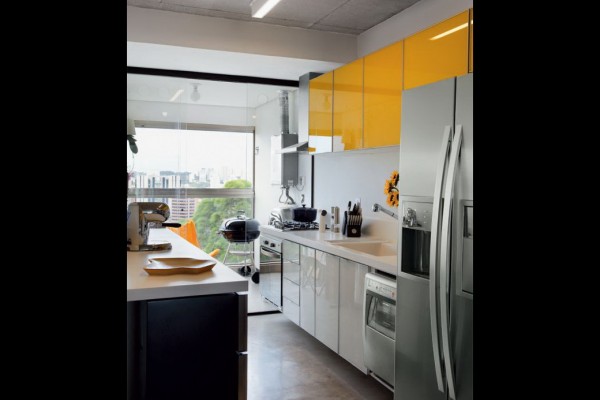 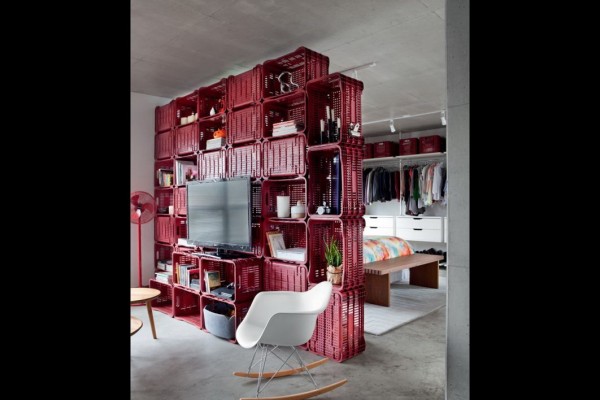 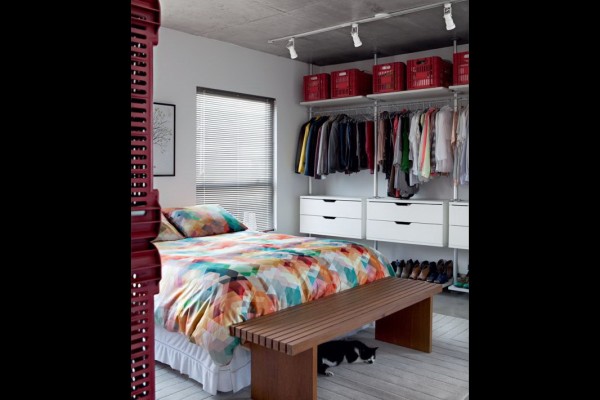 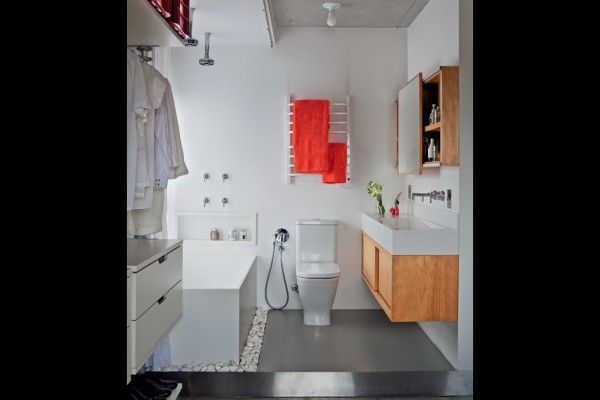 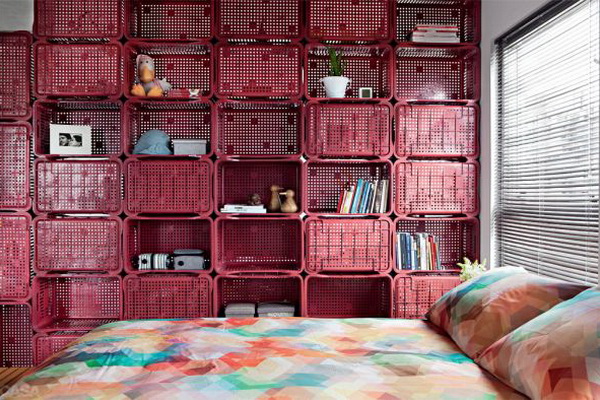 When talking about an apartment, the first things that anyone wants to know are usually related to the layout and the surface.

This would make this particular apartment very interesting. This place has a total surface of 70 square meters. It’s usually plenty of space for two large rooms or three smaller ones. But this apartment only has one very large space.

Although there are no walls to separate the different spaces, there is one element which could be considered a partition. It’s a big red bookcase with an unusual design.

The crates are stacked one on top of the other and they form a compact structure. It’s a very ingenious use of the crates which makes this wall divider very intriguing. It separates the living area from the bedroom. The bookcase is eye catching not only because of its unconventional design but also because of the color.

The apartment is simple throughout and this also includes the color palette. The walls are white,the ceiling and the floor have a finish which looks like concrete and the furniture is not particularly intriguing. It’s why a big piece like this bookcase stands out. Its color makes it the focal point of the apartment.

There are bold touches of color in the kitchen as well as in the living room and bedroom but none is as imposing as the bookcase.