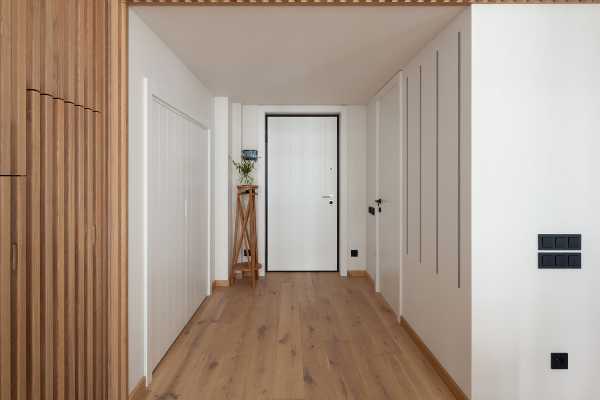 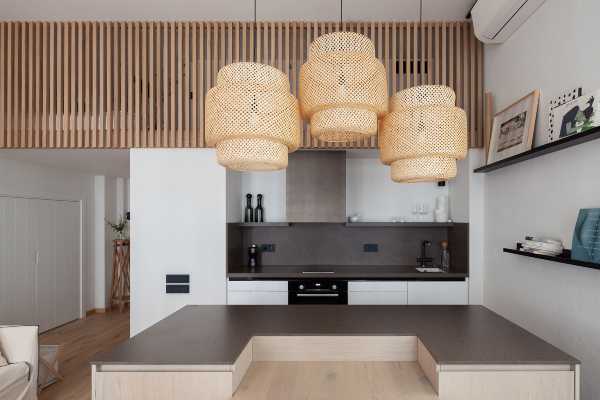 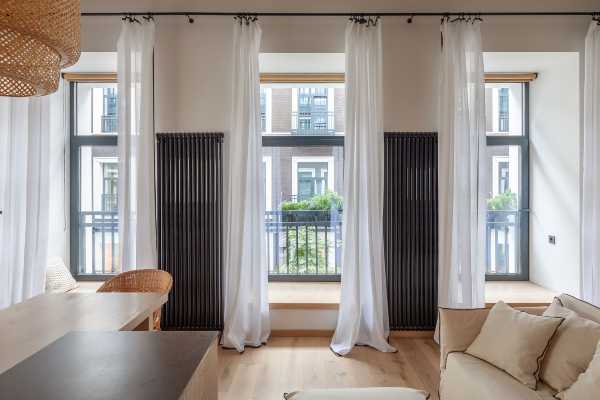 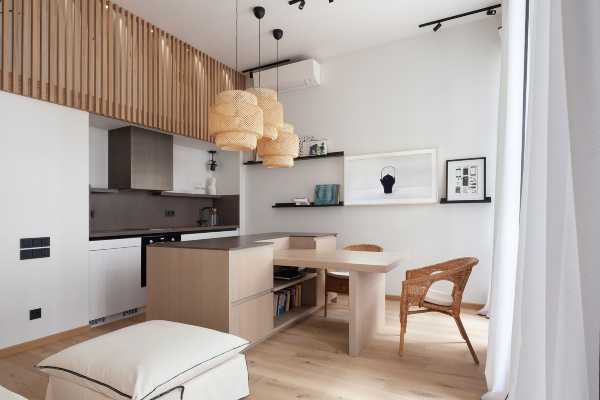 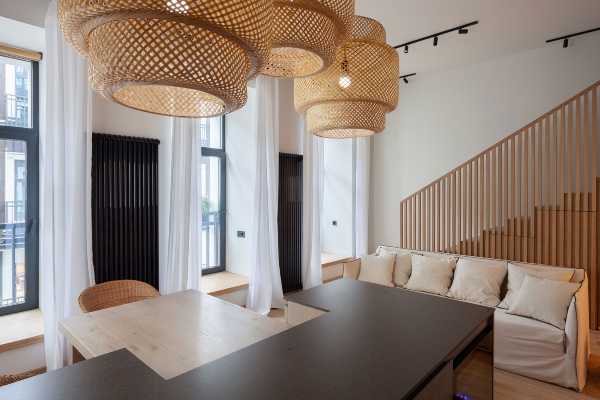 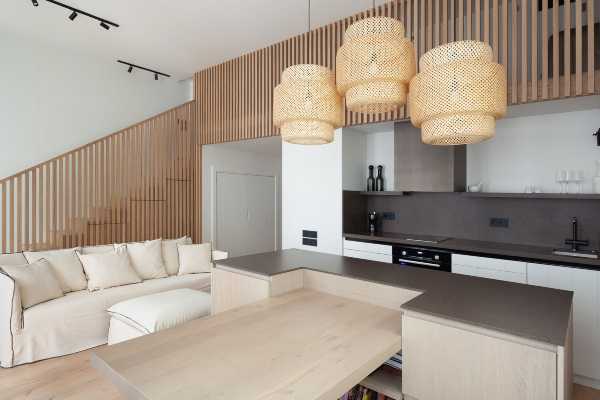 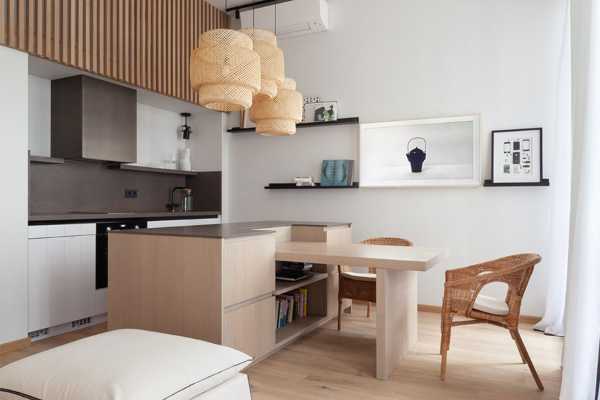 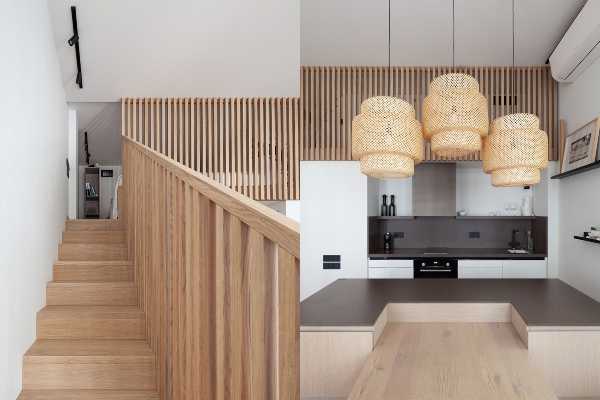 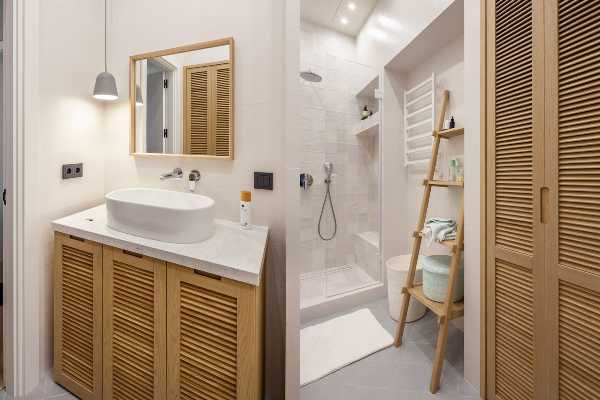 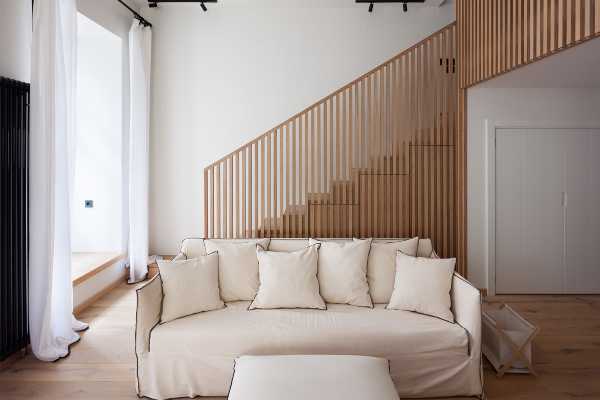 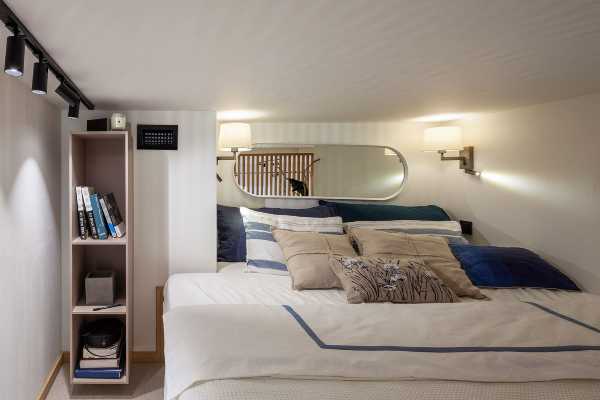 Designers were faced with the task of creating a modern, functional, style-neutral space, but not sterile, or cold, made of glass and concrete, rather cozy, in the spirit of Scandinavian interiors.

The apartment was meant to be rent, so designers had to take its durability and practicality of materials in consideration, when they chose its décor, as well as the possibility of fast cosmetic repairs which need to be done, once the tenants are changed. The budget, as the designers themselves say, was pretty reasonable – not too sparse, but not luxurious as well. The main advantages of the apartment were three large windows and almost four meters high ceilings. They didn’t want to section out the light infused space into isolated rooms.

“It took us quite a while to envision the perfect layout for the studio, but in the end, rationality had won. We really wanted to keep the first level as open and spacious as possible, so we came up with a furniture construction which added seven square meters of usable space to the apartment. Four metal pillars of the mezzanine are hidden in walls”, explain the designers. On the second level, they have created a compact niche for relaxing and sleeping. As it turned out, the ceiling height in that part is only 175 centimeters, which is not really comfortable for everyone, but it also doesn’t matter once they’re in bed. They also created a small storage space for seasonal clothing.

“We’ve tried to avoid the idea of a kitchen island and dining room table, but that still hasn’t provided us with enough of a storage area. On the kitchen side, Arrital island contains dish compartments and a compact fridge underneath the bar. On the lateral side of the living room, there’s a compact dining space, with bookshelves and utensils. The light comes in from the living room window”.

In the hallway, the designers have installed a two meter wardrobe. The space underneath the staircase was also used as a storage unit. The bathroom supports the competent apartment layout, and therefore, it became spacious and functional. Near the shower, you can see an auxiliary cabinet with a washer and a dryer, while the space itself is dominated by natural materials: walls are white, the tiles are made of matte ceramics with fired clay textures. Designers also used a large quantity of wood as well, for window sills, furniture and staircase.

The only contrast to all of these elements is the Samsung Frame TV which looks like a painting when it’s not in use. IKEA woven lights and chairs complete the space.