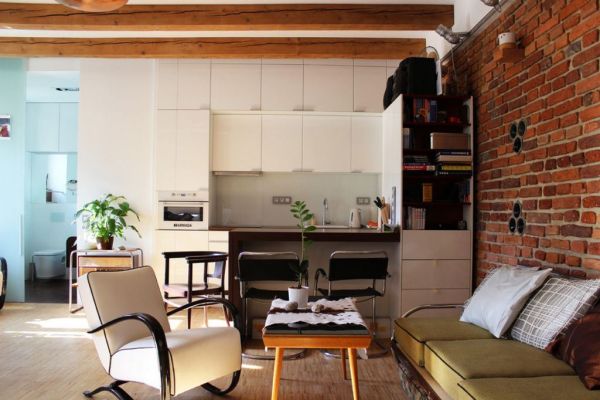 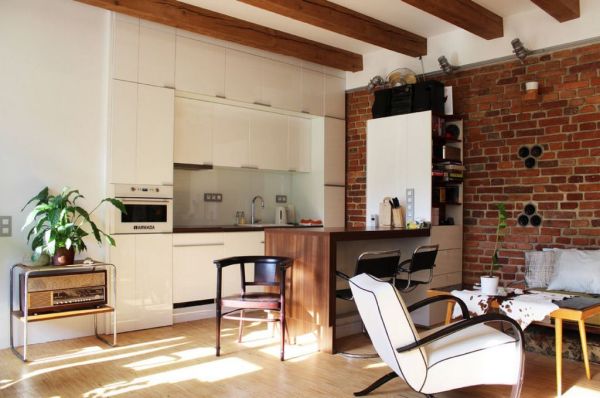 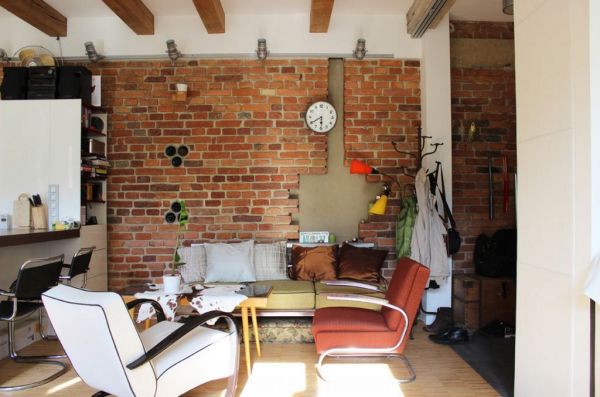 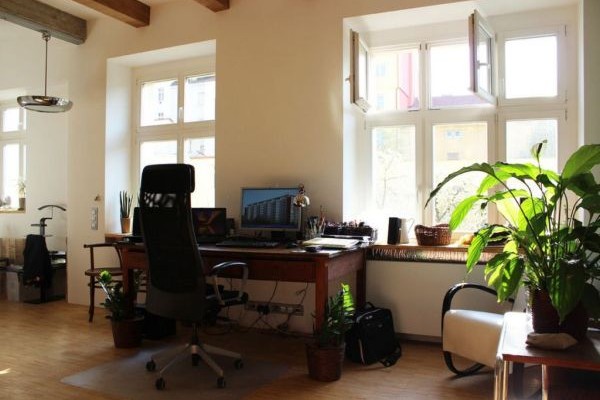 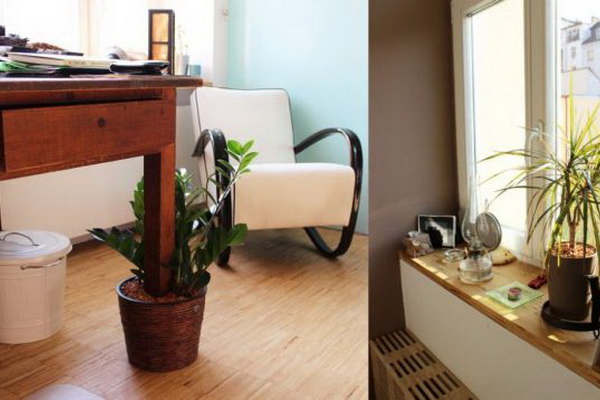 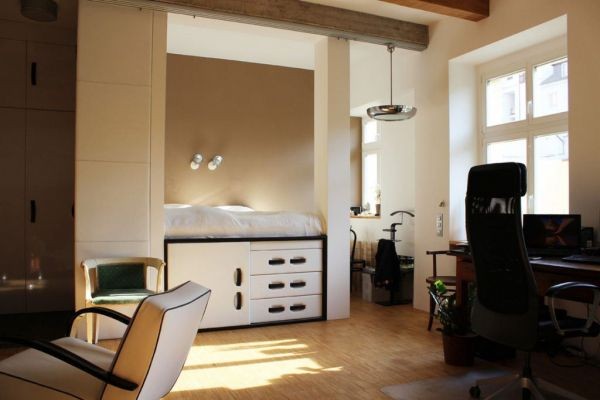 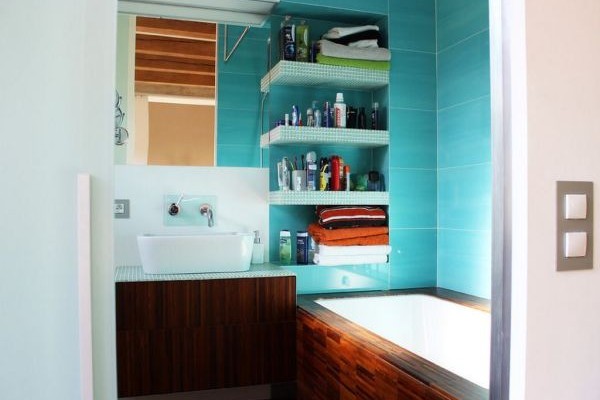 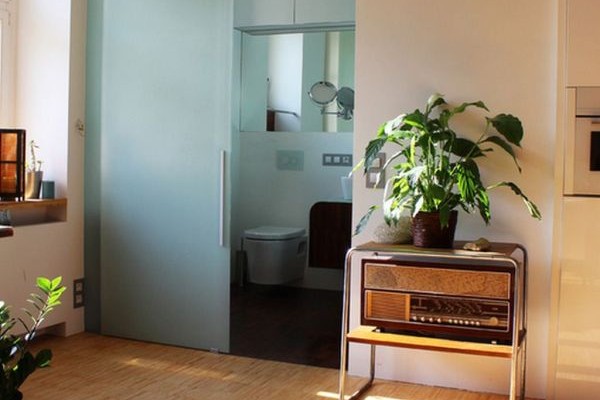 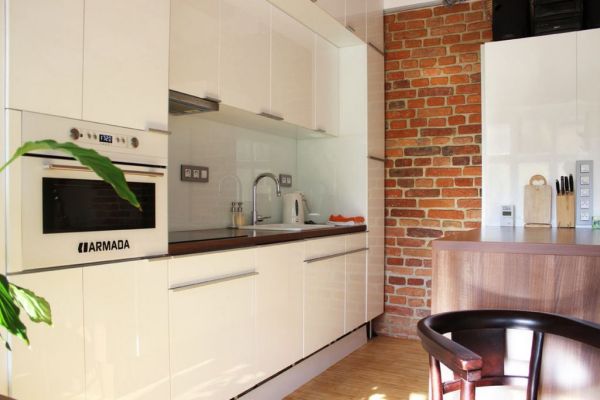 When a designer and an architect decide to buy an apartment together and to make it their home, you never know what’s going to happen.

For example, this 50 square meter apartment is rather small, but it’s definitely interesting and unusual. It belongs to designer Jaroslav Kaspar and architect Lucie Faturikova. Together they transformed the space and made it unrecognizable.

Walls were demolished and the whole interior was changed. When they discovered the old wooden floor and the brick walls, the two decided to keep them as such. They came up with all sorts of crazy and ingenious ideas for the décor. For example, the desk sits in planters and there’s a bed inside a cabinet.

The apartment is very open. The living area and the kitchen have built-in furniture, exposed beams, brick walls and simple furniture. There are some holes in the wall which were discovered during the renovation and which the owners decided to keep and to use as wine storage. This open space also includes a work station and a cozy reading corner.

The bedroom was supposed to be a separate room but it ended up being just a large cabinet which also hides the sleeping area. On the side there are shelves which can also be used as steps. The only separate room is the bathroom which has sliding glass doors.