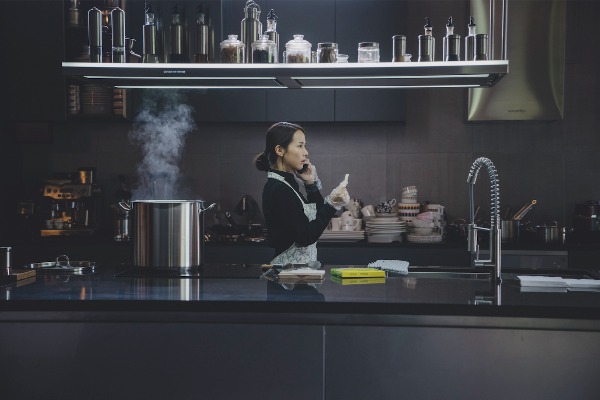 The latest Academy Award was triumphed by the film of Korean director Bong Joon-ho and his film Parasite. The film won four Academy Awards, including the Best Picture Award, making it the first non-English film to win this category.

Located in a wealthy villa in Seoul, the design has played a key role in characterizing the atmosphere, taste and social status of the characters who move in the space where much of the film takes place. Numerous scenes were filmed in the kitchen where Falmec stands out with two of its products: Lumen Island 175 and Altair from the Design collection. 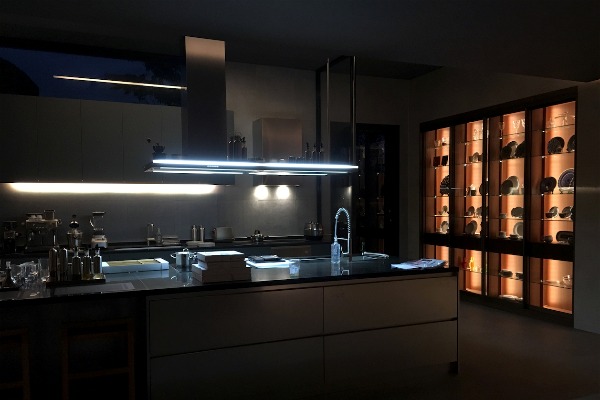 Located in the center of the room, Lumen 175 with its imposing dimensions is located along the entire work surface. The high expressive power of the Lumen 175 is further enhanced by LED stripes on both sides that illuminate the surrounding environment, creating a play between light and shadows in a space characterized by a deep and intense atmosphere.

Next to Falmec's Lumen Island 175 is the Altair, a model built next to the wall units that make up the rest of the kitchen and complement the "light dialogue".

As simple as a modular stainless steel kitchen

It seems that modular stainless steel kitchens are the future, when it comes to equipping this space...

Kitchen in the yard: what you need

During the spring and summer days, there is not too much need to constantly cook calorie and heavy foods, which probably accounted for the largest percentage of your meals during t...

Undoubtedly wood and marble look great in the design of any room, but if you want to have aesthetically beautiful and equally practical work surfaces in your kitchen, then you shou...

Ego by Abimis in the heart of Dublin

A charming piece of architecture, with stones and exposed bricks, revealing a surprising interior, where timeless objects and furniture hint at a retro-inspired atmosphere. The kit...

Like other Falmec-inspired solutions, Sintesi is now available in full black to match the latest trends, enhance the light or chrome finishes of other key kitchen elements, and int...

This Italian company has been selected to renovate a prestigious apartment on the thirty-ninth floor of a skyscraper in the heart of New York City, along the famous Fifth Avenue in...

It offers multiple reinterpretations of classic taste through different versions, and it is no coincidence that it is considered a collection of more traditional flavors compared t...

It is, in fact, a model, available in different but always customizable versions, able to cater to any taste and suit any environment, between contemporary lines, traditional echoe...

Winner of the German Design Award for 2020.

In 2019, Falmec received the award for "Sintesi", the kitchen system, while this year's award went to the company itself and its Excellent Product Design. In every a...

Atelier Kitchen by Abimis in an elegant apartment in Vicenza

The apartment was recently renovated by Studio Albanese and it is in the center of attention that Atelier Kitchen is located. Atelier is the perfect and authentic expression of the...

Big cities, almost in their definition, offer small apartments with even smaller kitchens…

EuroCucina and the International Bathroom Exhibition 2016: the world in their sights

In synergy with the Salone del Mobile.Milano, the biennial EuroCucina and International Bathroom Exhibition will be back in their 21st and 6th editions respectively, from 12th to 1...

Originality has always been highly valued by Elica, the brand that revolutionised the conventional image of the kitchen hood.