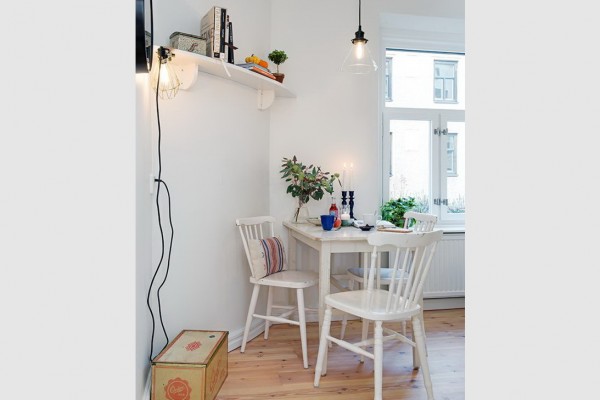 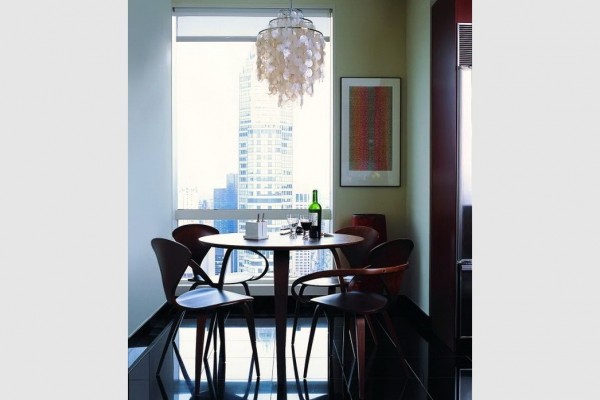 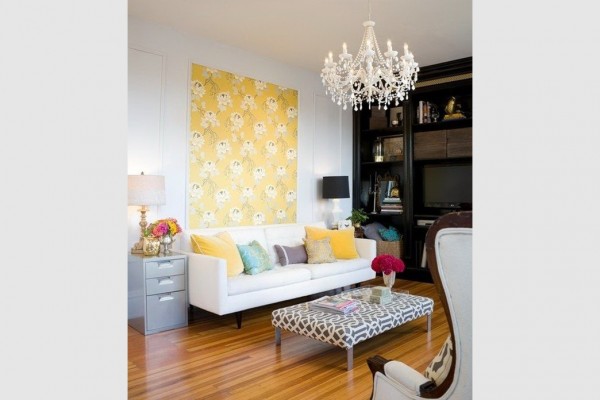 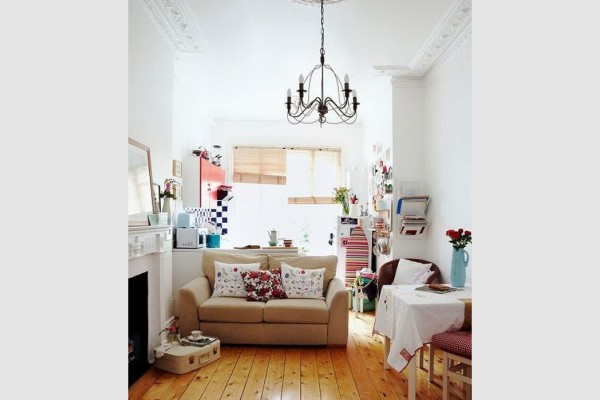 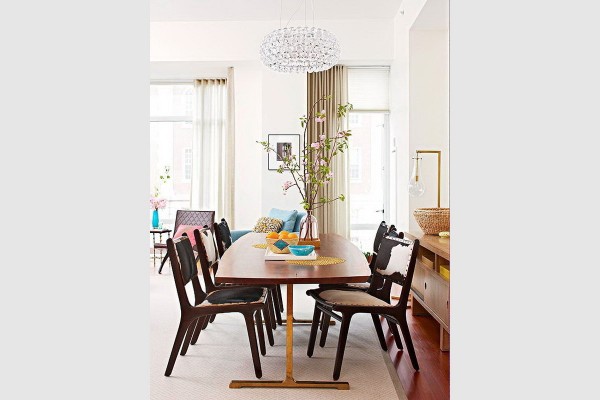 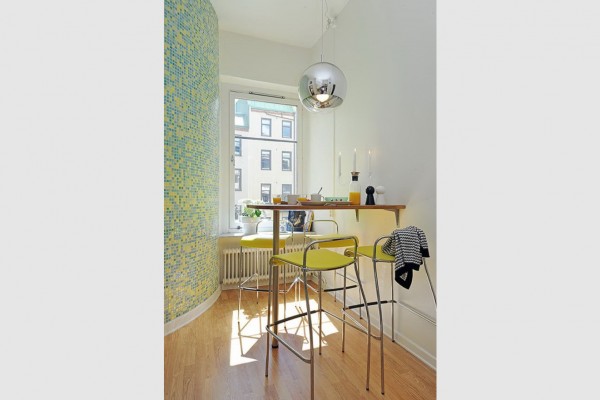 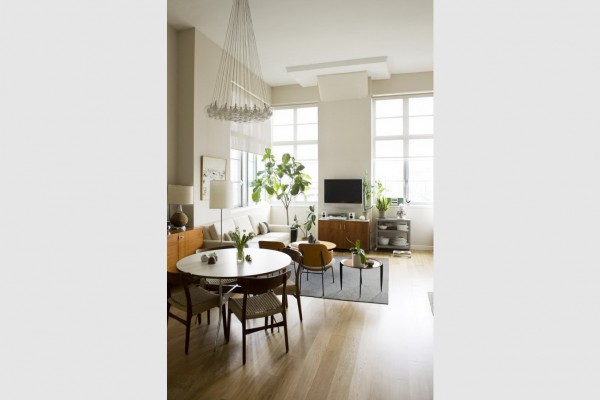 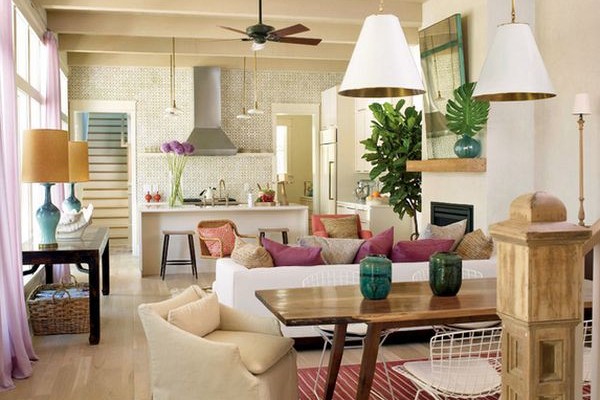 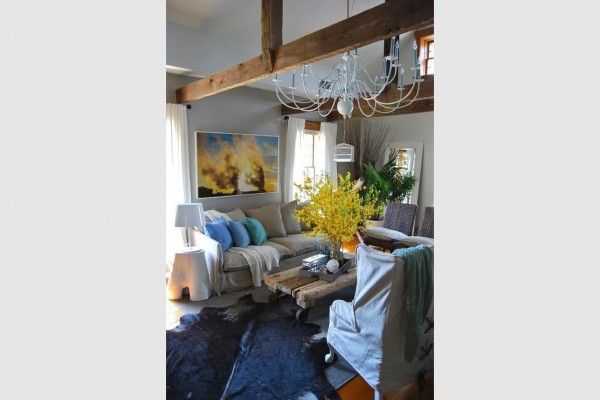 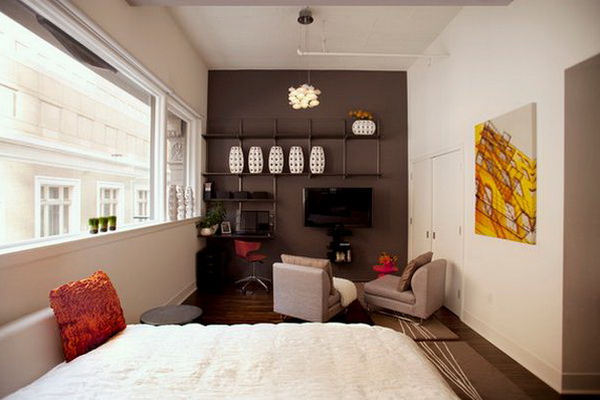 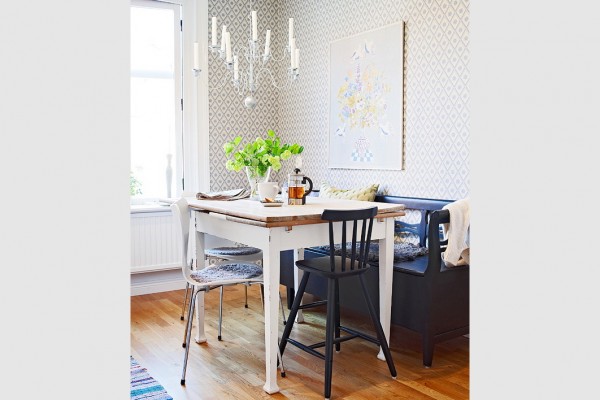 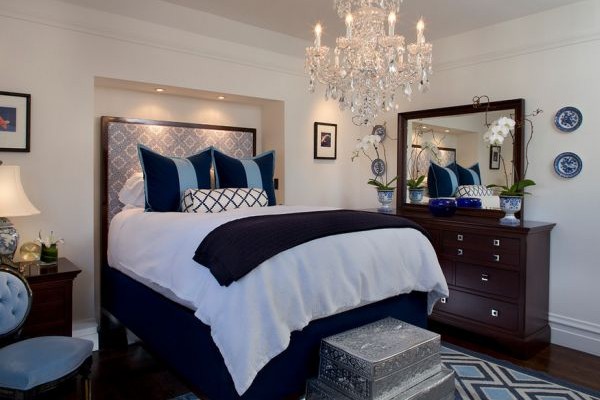 For those who live in small apartments, one consensus is probably universal: space is prime.

Not only do pieces within a small apartment need to be hard-working in function, but they also need to double as representations of style because, let’s face it, there’s not a lot of extra room to make up the difference should a discrepancy arise.

Here are several small spaces in which chandeliers play a key role in defining or highlighting the apartment’s unique style while still providing what a chandelier is meant for: functional light.

Just because a space is traditionally small and casual, it doesn’t mean it can’t benefit from being dressed up and accentuated with a chandelier. This all-white flowing one is the perfect balance of making a statement with simple dignity.

Living doesn’t get more compact (and, forcibly, well-edited) than when it’s restrained to an urban studio apartment in which sleeping, eating, working, and relaxing must all take place. Thus, a gorgeous chandelier is an ideal choice for providing functional light and doubling as a sculptural piece.

Scandinavian style is known for its bright-white simplicity. Wooden floors ground this white space, but as the virtually only “color” in the space, the floors require a balancing element. A simple clear-glass funnel pendant chandelier over the small dining table provides an understated element of style, while the black base and cord inherently draw the eye upward.

Small apartments are prime candidates for deep, rich color on the walls. It’s because of the smaller size of the space that the use of such color isn’t overwhelming; rather, it’s inspiring and cozy. In such an instance, a metallic chandelier might be just the thing – it provides sufficient shine, whether the light itself is on or off, to brighten the closed-in space, and details the upper third visual plane.

Seta Meat Lab's sophisticated taste and ambiance is a style manifestation that mixes different elements and combines them in a completely casual way, which achieves the true c...

The Halo Wall represents the design of Martin Azú, which makes minimalistic decor to any wall, and which primarily aims at lighting. This product makes several aluminum rods, which...

Designed by Bastien Taillard and available in two versions, wall-mounted and hanging, Lafayette is a tribute to the French King of the Sun and 19th Century Paris. She also recently...

CoeLux: sky, sun, and well-being across three ranges of systems

Designing a space with hyper-realistic CoeLux technology involves reinterpreting the relationship between man and the place where he lives and allows people to experience natural l...

The lantern, which is characterized by simple, lantern-like shapes, belongs to the ЯA collection, and its shape is inspired by the sensations and emotions that the South African co...

Led by Patricia Urkuiol on two levels, a contemporary furniture brand since 2009, the neutral and minimal exhibition space of 600 m2 is located in Clerkenwell, the cradle of London...

This means that it is especially important that the design is at its best and lighting is an integral part of it. In this regard, some of Vibia's favorite lighting lamps estab...

The Pin Collection illuminates the hotels

The recumbent lines merge along a bold, circular base, creating silhouettes that resemble abstract symbols. This collection uses LED lighting. Whether used individually or in combi...

Plumen 003 - the most beautiful light bulb

The company has set itself the challenge of creating beautiful and functional pieces of light... Although not traditionally regarded as a sensual form, the light that comes from...

Light: The Fourth Dimension of Design, Striking the Balance between Functionality and Emotionality...

Presented for the first time at Euroluce, the lamps Aibu and Necky by Axo Light are now going into production.

Natural and ecological materials are the key trend in the current design season.

Presented for the first time on the occasion of the Euroluce fair in Milan, Fedora is already one of t he most successful Axo Light products.

Each object goes beyond the borders of traditional luxury, incorporating a modern design approach, cutting-edge technology, artisan craftsmanship and precious materials. The result...

elentless experimentation in the name of innovation but with due respect to history and tradition, impeccable use of the medium of glass, the capacity to reinvent itself and invest...