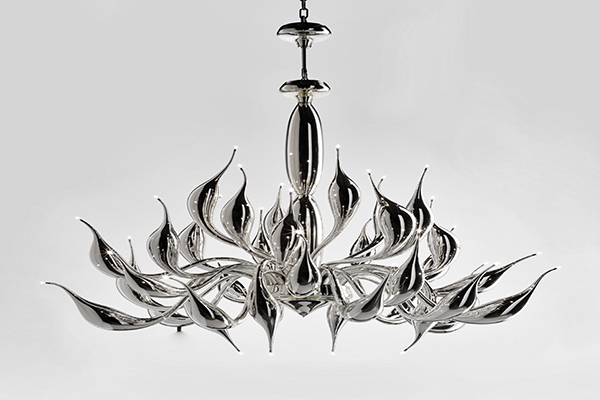 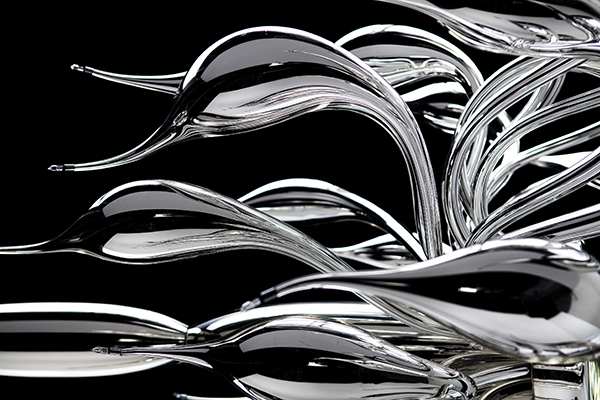 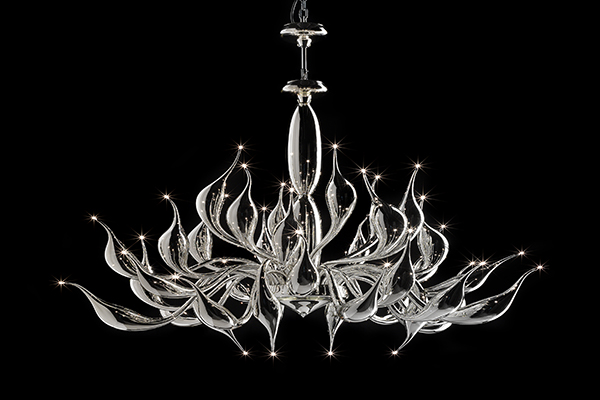 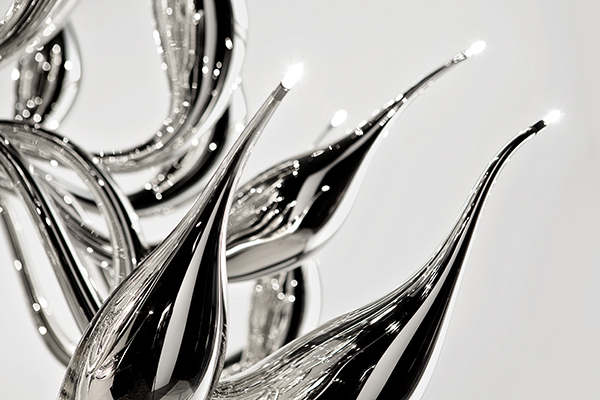 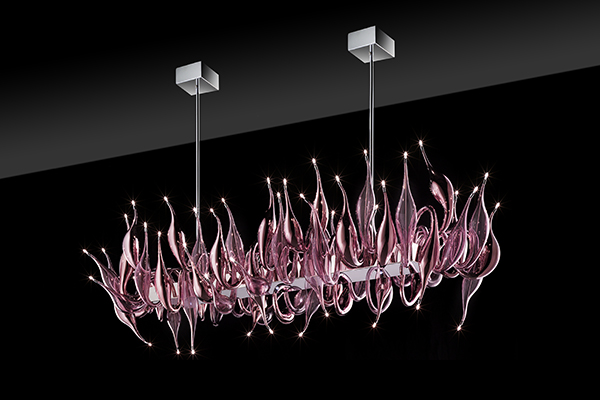 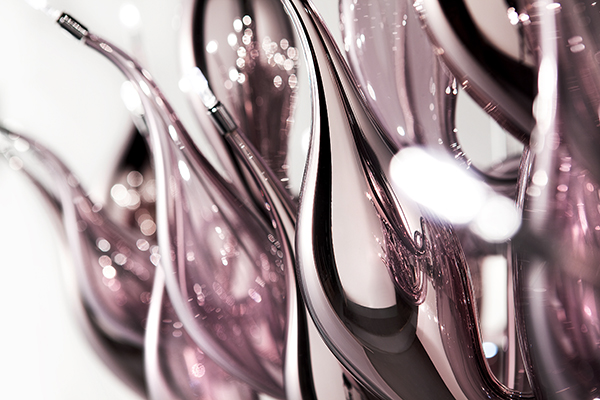 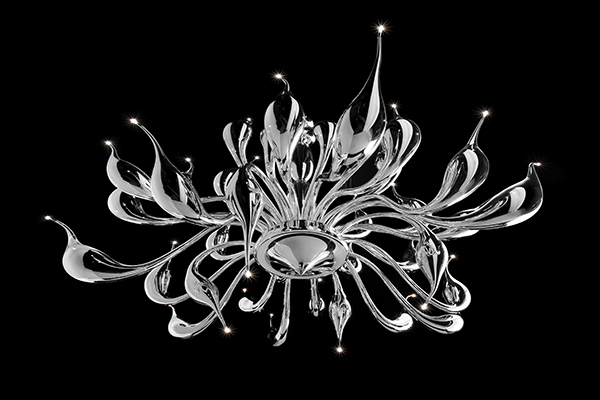 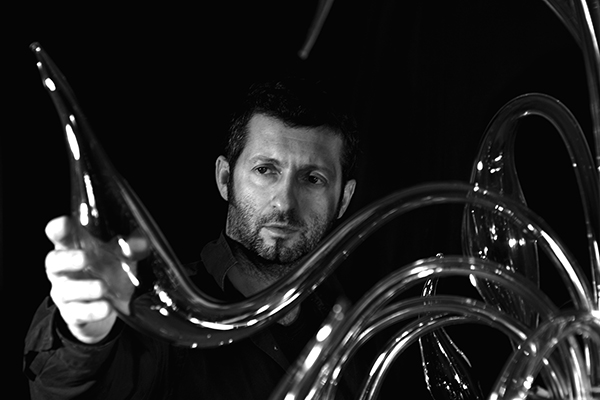 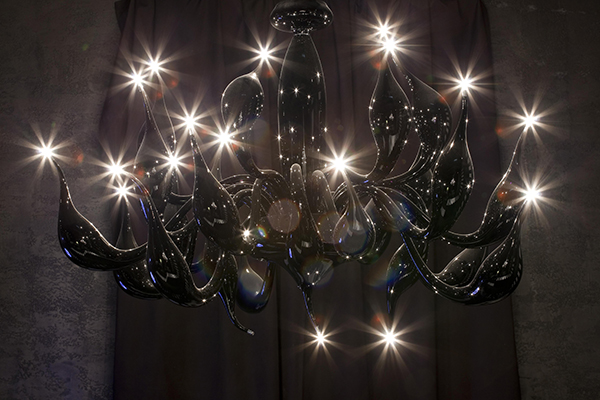 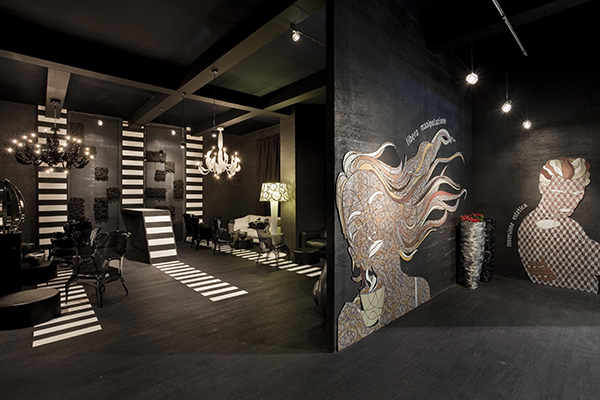 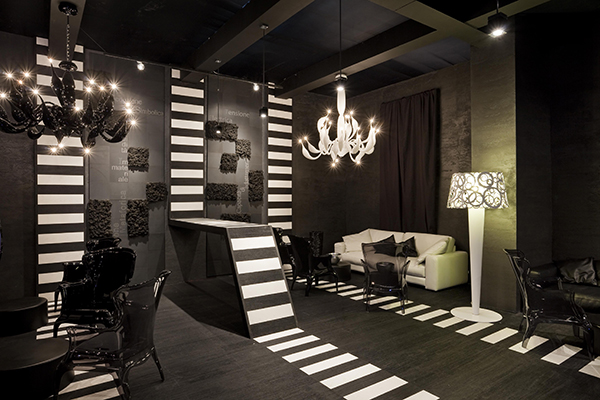 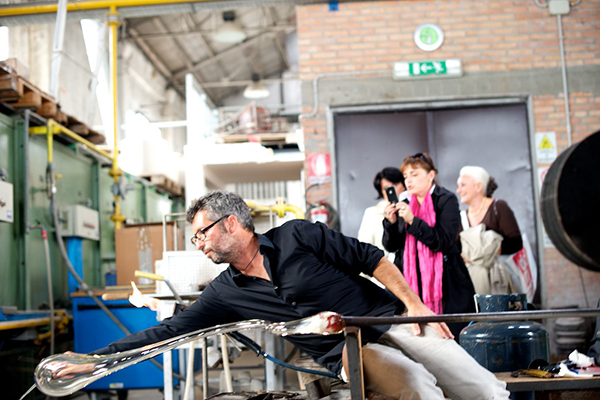 These chandeliers are on the border of imagination and reality... Absolutely breath taking...

There are two schools of thought on the beginning of the traditional Murano glass working techniques: the first one claims that the glass processing was firstly stolen from Phoenician as war chest; the second one claims that it originated in the Roman age.

It is a matter of fact that Roman archaeological sites in the Venice area allow the retrieval of some glass manufacturing, dating back to different periods, but unfortunately no documents nor finds proving this theory reached present days. The first document regarding a Blow Glass Master in Murano island dates back to X century.

Originally, the first furnaces were built in the historical centre of Venice, but due to continuous and devastating fires, all glassworks – at that time producing almost exclusively glass enamel – were moved to an island far away from the city centre, Murano in fact. After over a thousand years, working tools ad techniques have been remaining almost the same. The only great change has been the fuel used in the furnaces. Each Glass Master works with assistants called “serventi” (servants), whose number varies depending on the kind of production.

Murano glass is a sodium, i.e. a “soft” glass, helping the blowing process. The basic composition is formed by siliceous sand, sodium, lime, potassium; the various colours are obtained adding different mineral oxide. The fusion temperature is 1350° C, but the working temperature is lower in order to work with a less fluid glass.

Once completed, each glass has to be put inside a “muffola”, a cooler oven, where the object is hosted at 600° C and therefore it is cooled down slowly and gradually, down to room temperature. This process is fundamental to avoid thermal shock which would cause it to break. At this stage the product is transmitted to the “moleria”, the place for the cut and polishing. After these steps, the product is ready to be sold.

Some years ago, Murano reopened the ancient Glass School, incredibly closed for decades, but now as it ever was, the only real school is the furnace.

LU Murano is a brand of the company Fornasier Luigi General Partnership. The result of passionate researches and experimentations, LU is a unique chandelier, hand made, a virtuous balance of glass and light : two transparent materials, intangibles which, through the manual ability of the Master Fabio Fornasier, reveal new potentialities and synchrony.

Even if it’s born from tradition, Fornasier’s art breaks the rules in order to impose itself as an innovative conception on a territory devoted to supreme respect of the traditional and entrepreneurial  customs. And yet, despite the actual situation, which sparks off countless doubts regarding the validity of our model of cumbersome development, rigid, standardized, comes back on the front stage the virtuous alternative of handicraftsman atelier, capable of combining with agility and docility of Arts and crafts, interpreting with creativity the changing exigency of the market, taking out of the furnace manufactured products capable to harmonize a stronger demand of authenticity and originality.

This phenomenon enter into historical prerogatives of the Italian system, whose culture of the project has come along on top of a network of small businesses with a traditional vocation which have a vivid propensity for innovation in order to reach in a short term future in which handcraft will have evolved, synthesis of the meeting between design and manual ability, will play a role more and more strategic.

Indeed, the melting of the serial certitudes and the contraction of big numbers seem to prefer the productions in limited editions, limited series, the elegance of an invention liberated by the emergency of selling quantities, the research, the experimentation and chances of a creativity which is measured directly with the concretization and the unforeseen of a creation that is not mechanical neither homologous, often with antics handcraft practice but not for that resistant to give form to new. So, evolved handcraft.

The poetic expression of LU, capable to communicate authenticity of the creation translated to the concretization of the handmade product, recalls constantly the culture of the trade linked to its territory and its history. LU reanimates history and sensibility of a territory which is unique and representative as Murano, projecting us towards an original version of modernity.

As the exclusive collection by Vetreria Fornasier Luigi di Murano, LU is a unique, revolutionary yet traditional conception. Expression of the Italian territory, culture and soul, the ancient glass art becomes for Master Fornasier a reality to be modelled in continuous evolution, keeping also its historical and cultural roots safe.

Seta Meat Lab's sophisticated taste and ambiance is a style manifestation that mixes different elements and combines them in a completely casual way, which achieves the true c...

The Halo Wall represents the design of Martin Azú, which makes minimalistic decor to any wall, and which primarily aims at lighting. This product makes several aluminum rods, which...

Designed by Bastien Taillard and available in two versions, wall-mounted and hanging, Lafayette is a tribute to the French King of the Sun and 19th Century Paris. She also recently...

CoeLux: sky, sun, and well-being across three ranges of systems

Designing a space with hyper-realistic CoeLux technology involves reinterpreting the relationship between man and the place where he lives and allows people to experience natural l...

The lantern, which is characterized by simple, lantern-like shapes, belongs to the ЯA collection, and its shape is inspired by the sensations and emotions that the South African co...

Led by Patricia Urkuiol on two levels, a contemporary furniture brand since 2009, the neutral and minimal exhibition space of 600 m2 is located in Clerkenwell, the cradle of London...

This means that it is especially important that the design is at its best and lighting is an integral part of it. In this regard, some of Vibia's favorite lighting lamps estab...

The Pin Collection illuminates the hotels

The recumbent lines merge along a bold, circular base, creating silhouettes that resemble abstract symbols. This collection uses LED lighting. Whether used individually or in combi...

Plumen 003 - the most beautiful light bulb

The company has set itself the challenge of creating beautiful and functional pieces of light... Although not traditionally regarded as a sensual form, the light that comes from...

Light: The Fourth Dimension of Design, Striking the Balance between Functionality and Emotionality...

Presented for the first time at Euroluce, the lamps Aibu and Necky by Axo Light are now going into production.

Natural and ecological materials are the key trend in the current design season.

Presented for the first time on the occasion of the Euroluce fair in Milan, Fedora is already one of t he most successful Axo Light products.

Each object goes beyond the borders of traditional luxury, incorporating a modern design approach, cutting-edge technology, artisan craftsmanship and precious materials. The result...

elentless experimentation in the name of innovation but with due respect to history and tradition, impeccable use of the medium of glass, the capacity to reinvent itself and invest...