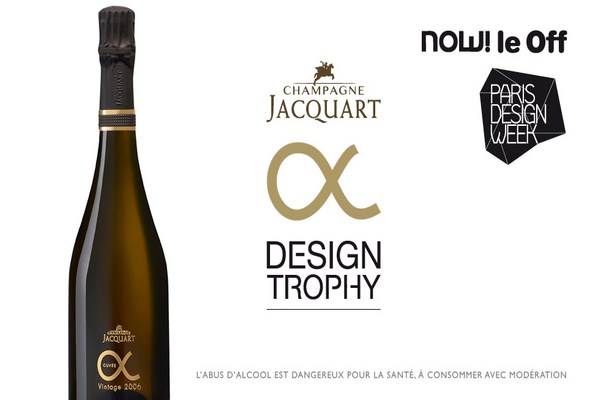 This creation have to respond to several criterias (Creativity, Viability and respect of the brand’s DNA & Iuxury image. JACQUART Champagne offers a great opportunity for a young designer to work closely with professionals from the Design Industry. The winner is rewarded and will also benefit an international press exposure for his project during three months. His concept will also be brought to life and produced by JACQUART Champagne

Since its creation, JACQUART Champagne reveals the new designers and talents of tomorrow by developping innovative concepts inspired by a strong statement : « Creativity & Audacity »

After a first round with the contest selection board, 10 Designers will see their projects exhibited from September 5TH until September 12TH at Docks, Cité de la Mode & du Design 34, Quai D’ Austerlitz 75013 Paris. The winner will be voted by a professional board of selection from the Design industry during the official event of PARIS DESIGN WEEK 2015